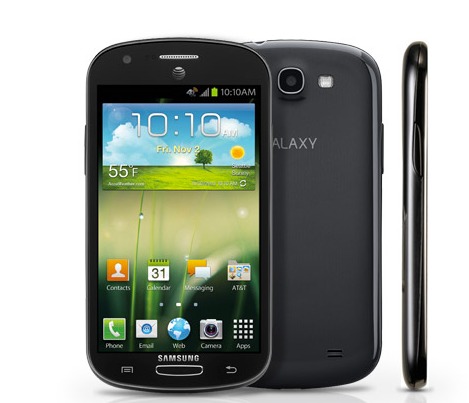 AT&T has just announced that it is bringing another Samsung Galaxy smartphone to market starting November 16. This time, AT&T is bringing the Samsung Galaxy Express along for $99 with a new 2-year agreement. It’s a pretty solid device that is available at a low price. It should be perfect for someone looking to upgrade without breaking the bank too much.

The device comes with Android 4.0 Ice Cream Sandwich installed. It features a 1.5 GHz dual-core processor and a 4.5-inch Super AMOLED Plus screen. The screen features a 480 x 800 resolution, which is not equal to the high-end devices, but it’s solid for an entry-level smartphone, especially one with a reasonable $99 price tag. It also features 4G LTE connectivity.

The Galaxy Express comes with a 5MP camera on that back that’s capable of grabbing photos at 2592 х 1944. It also comes with a 2000 mAh battery, so it should be able to make it through a day of usage without issue. The device also features Samsung’s S Beam technology, which allows you to share media by simply tapping two phones back to back.

As part of the device’s release, AT&T is offering anyone who buys a Samsung Galaxy device $100 off another connected Samsung device. This would essentially make this phone free if you need more than one device. AT&T is also launching a new $49 MiFi Liberate mobile hotspot on November 16 as well.