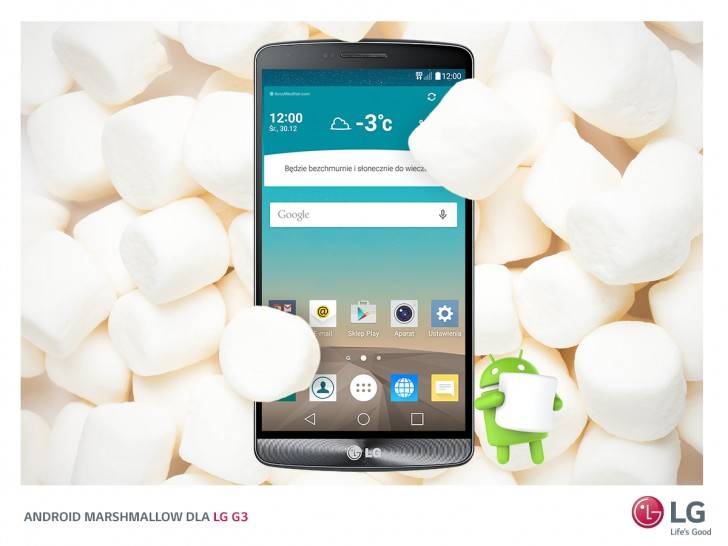 LG G3 owners were probably losing hope if they will ever receive the Android 6.0 Marshmallow update, after seeing the newer flagship devices get their upgrade. Well if you’re an AT&T or T-Mobile subscriber, that is. Verizon was ahead of the game, bringing the update to their LG G3-carrying customers last February, but now it’s the turn of the other carriers to bring their customers into the Marshmallow world.

If you are with AT&T, you should receive the notification that the Android 6.0 update is ready for your device, anytime now. If you haven’t yet, just wait for a few more hours as it might take them a bit of time to propagate the update. You can also manually check, in case the notification got lost or something. Just go to your settings, about phone and then look for an update. If you go to the AT&T website, you won’t see the LG G3 in their list of devices for Marshmallow update, so it may still be something new, so just be patient until it gets to you.

Meanwhile, T-Mobile LG G3 subscribers have also started receiving their Marshmallow update this week. Users can get the update either through Firmware Over the Air or through the LG Bridge computer program. The update also includes the monthly security patch that Google has promised for Android users.

While there are still only a low percentage of Android devices already on Marshmallow, the number seems to be rising every week that passes by. Those smartphones or tablets that will get the update will probably all be upgraded by the time the Android N starts rolling out later this year. Or so we hope.

VIA: Android Central, My LG Phones