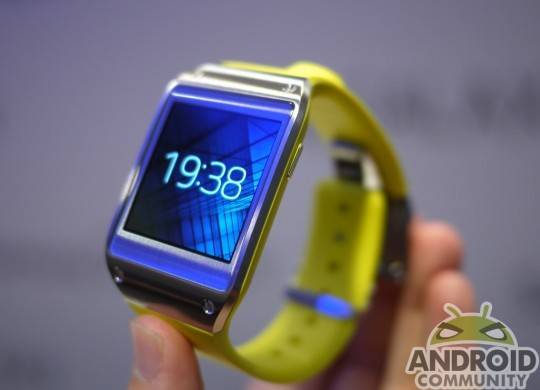 Bright and early this fine Monday morning the folks from AT&T took to Twitter and other social networks to happily announce more Samsung Galaxy Gear watch details. Today AT&T has confirmed that starting tonight at midnight the Galaxy Gear will be available for pre-order, for all you smartwatch enthusiasts.

AT&T was excited to announce they’ll be the first ones with the device, but pre-orders from others are quickly coming but for now it’ll be all about AT&T. They aim to help Samsung deliver their wearable device to the masses, but remember initially it will only work in tandem with the Galaxy Note III.

To be specific the AT&T Galaxy Gear will be available to pre-order at 12:01 EST, so just a moment after midnight for those curious. Which also means if you’re on the West Coast at 9PM you’ll be able to secure your spot in line for one. Oh, and here’s a quick video of the watch just for a reminder of the features and specs.

Again the Samsung Galaxy Gear initially needs to be paired with the Note III, and you’ll be able to get it in a cool black or white color variant over on AT&T. The device will run you $299 and ships on October 1st. More details can be found in our timeline below.