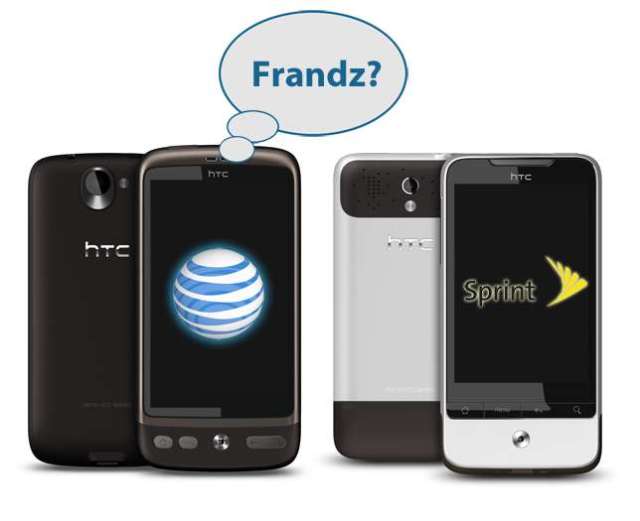 BGR just received word from an unnamed source at HTC that states the Desire will be headed to AT&T while the Legend will land on Sprint. They also told them that Google will be looking to sell an AT&T 3G-compatible Nexus One directly through their web store, but the unit for AT&T network will be the Sense UI Desire. But unlike the current Nexus being only available via Google’s phone site, there will also be an option for AT&T customers to pick this puppy up in stores.

They also was told that the physical attributes of the unit might change from the HTC Desire that we’ve all seen. This will not be a major change just possibly some material/finish/color changes to the casing. My guess is since it will be called the Nexus it may just be the identical version that we all have now just with an optical tracball and Sense UI instead of vanilla Android. They also received word that Sprint will be continuing their HTC Android tradition with the HTC Hero2. The Legend will be renamed Hero 2 like we all think of it now. This phone will also be slightly different then the version we have seen around the web. None of this has been confirmed, its all just a rumor now. How do you feel about it? I’m sure there will be a few choice words about the Desire being branded “Nexus One”.