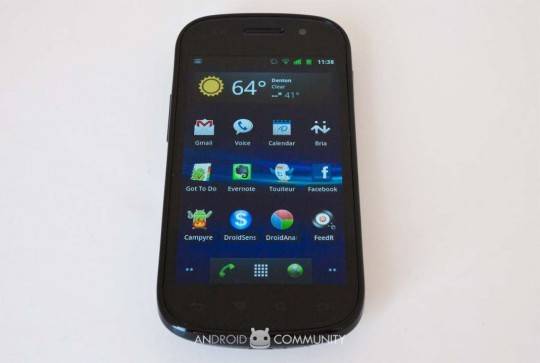 If you are on AT&T and have been lusting after the Samsung Nexus S Android smartphone the device is coming to AT&T. The smartphone packs in the specifications that we are already familiar with from when the smartphone hit other carriers like Cincinnati Bell. The smartphone will hit Best Buy Mobile stores on July 24 and the pre-ordering begins today.

The smartphone runs Android 2.3 and has a Samsung Super AMOLED screen with touch capability. That screen is 4-inches wide and the smartphone operates on the AT&T 3G network. The processor inside the device runs at 1GHz and the phone has full web support. It also supports gestures with pinch to zoom and more.

The front camera is a VGA resolution unit with the rear having 5MP resolution. The rear camera can also record video. The device also features Bluetooth 2.1, WiFi, 3D motion for gaming, tethering support and NFC. The screen resolution is 480 x 800 and the battery promises to last up to 6.5 hours with talk and up to 450 on standby.