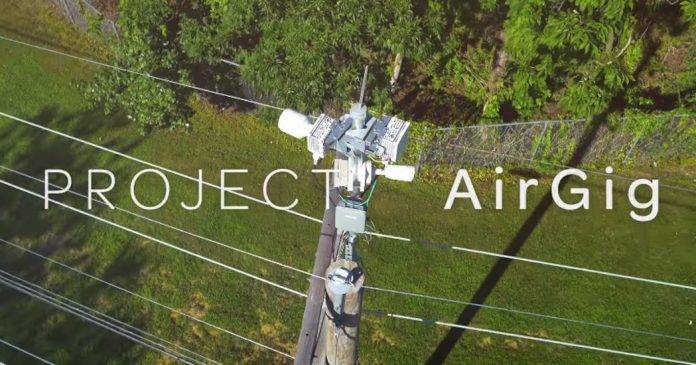 AT&T may be ending support for 2G network but it doesn’t mean the mobile carrier doesn’t care about its older customers. The company still has many projects in the pipeline, one of which, is the gigabit Wi-Fi project. It’s a new project by AT&T Labs that aims to deliver ultra-fast wireless broadband. It’s wireless alright but it will be shared over power lines.

The results of trials are not yet final and official but the Project Air Gig is currently in the works. AT&T is still doing several experiments on this multi-gigabit wireless internet speed that’s expected to be delivered using power lines. According to AT&T Labs, this will be easier to deploy compared to fiber. It’s a new project that the company wants to fully launch by next year.

This is different from 5G. AT&T is still working on that one in cooperation with Nokia for the 5G connectivity trials. As for the Project AirGig, it has a “tremendous potential to transform internet access globally” as per AT&T’s Chief Strategy Officer and Group President for Technology and Operations John Donovan. It’s a new technology that can complement 5G connectivity while the latter is also being tested.

What’s more interesting about this tech is the possibility of more efficient and faster transfer of data and connection over power lines. AT&T is said to only use existing lines and won’t have to bury new cables or build towers just to set up new antenna systems.