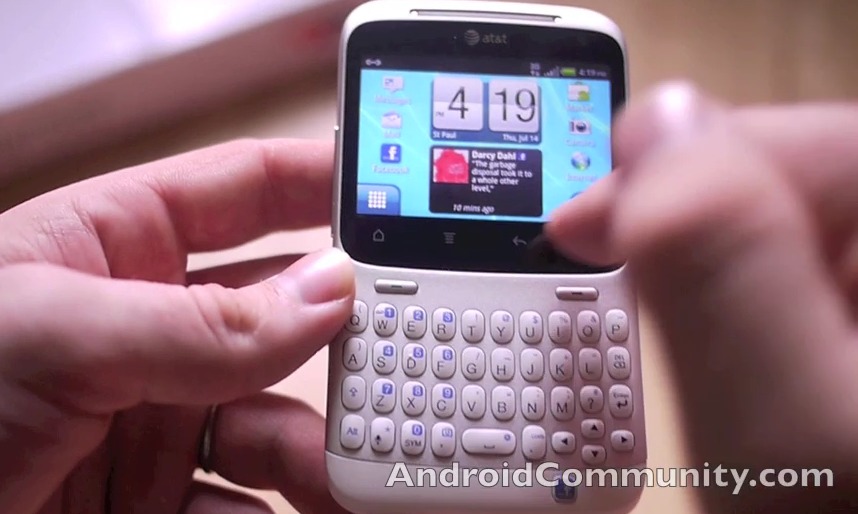 The HTC Status has officially gone on sale at AT&T, the carrier’s branded version of the HTC ChaCha. The QWERTY-toting Facebook phone has a compact touchscreen, runs Android 2.3 Gingerbread with a custom version of HTC Sense on top, and has a dedicated Facebook button for sharing photos and other updates to the wildly-popular social network.

In addition, there’s a 5-megapixel camera with autofocus and a flash, a front-facing webcam for video calls, and 3G connectivity. Elsewhere there’s WiFi b/g/n, Bluetooth and GPS, together with a microSD card slot that comes with a 2GB card pre-loaded (but which can support up to 32GB).

AT&T is asking $50 for the Status, which makes it one of the cheaper Android devices around; obviously you’ll also need a new, two-year agreement with mandatory data plan. More details on the Status in our hands-on and unboxing; we’ll have a full review very soon!