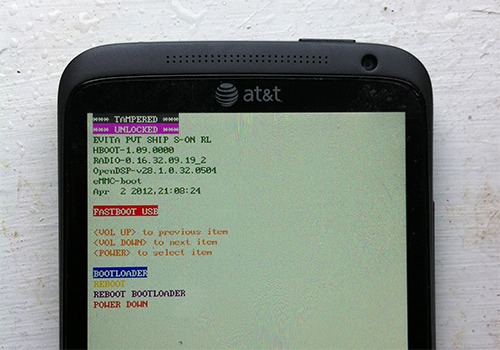 If you’re the type that enjoys tweaking your Android smartphone (who doesn’t) and have recently purchased the HTC One X we have good news today. After we reported on AT&T’s efforts to lock down the bootloader it appears that they’ve failed because the trusty XDA developers have already got a solution. You can now safely and easily unlock the AT&T HTC One X bootloader using the method below.

Just like all of HTC’s recent phones you can go to HTCDev and unlock it with a few simple steps. Sadly AT&T chose not to allow that process on their version of the One X (International version is fine.) I’m sure you’re all well aware of this. It looks like all you need is a little command line skills and you can easily change it so HTC’s unlock tool identifies it as a Rogers model, and you’ll be unlocked in no time. Well played AT&T, well played.

The instructions are actually a bit harder than that, our friends from MoDaCo simplified them with the outline above. The actual process is a bit more difficult and involved than those simple instructions look, but if you’ve done any command line tweaking or developing in the past it should be fairly straightforward.

For more detailed instructions as well as all the support you might need if you’re worried about taking on this task head to the XDA via link at the bottom of the page. As a friendly reminder you’ll need to be rooted for this to work. If you flashed the leak this morning that as of now can’t be rooted, you’re out of luck.