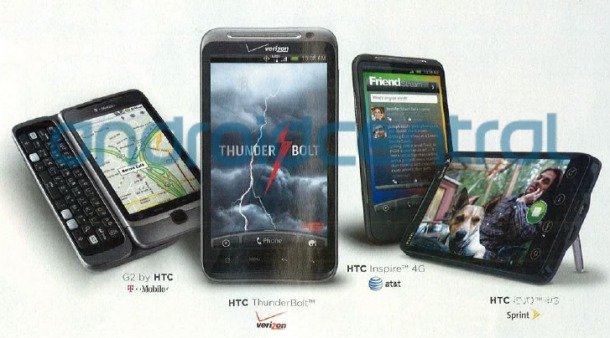 A leaked advert has not only added to the Verizon HTC Thunderbolt 4G LTE smartphone evidence, but previewed a new AT&T handset that’s also being described as 4G-capable. The AT&T HTC Inspire 4G was spotted in an advert by Android Central in Rolling Stone magazine, though right now there are no specs attached.

However, the handset looks very similar to HTC’s Desire HD, though we’re guessing that – as T-Mobile USA does – AT&T is referring to HSPA+ as “4G” in this context.