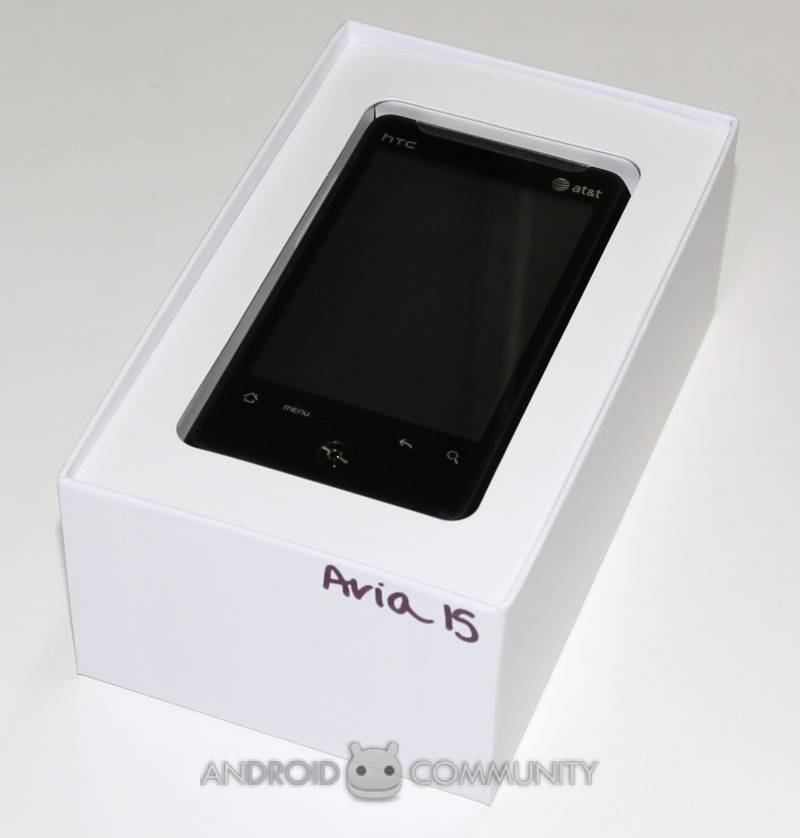 The HTC Aria made its unexpected debut yesterday and isn’t set to hit AT&T stores until June 20th, but we’ve grabbed a handset to bring you all the details ahead of time.  Based on Android 2.1 with HTC’s familiar Sense UI and a 3.2-inch HVGA capacitive touchscreen, you could well argue that this is AT&T’s answer to the HTC Legend.

However, unlike the unibody-style Legend, the Aria looks to another HTC device, the HD mini, for its styling.  A flush-finish fascia with only the optical trackpad protruding, together with a rubberized back cover that curves around the rear of the Aria and has punched holes to expose the hefty alloy-finish screws holding the smartphone together, it’s a distinctive design and, in the hand, surprisingly pleasant. 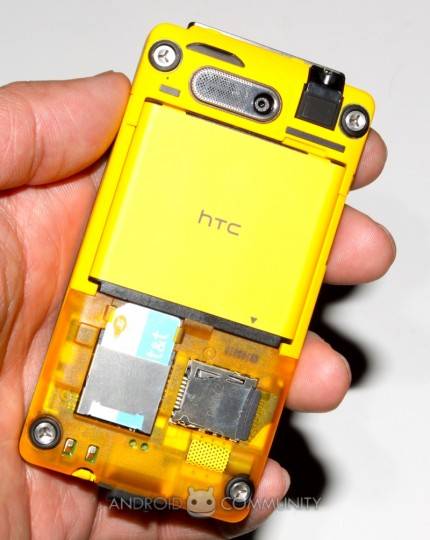 Inside it’s the usual mixture of WiFi, GPS and Bluetooth, along with 3G/HSDPA and a 5-megapixel camera.  Unfortunately, AT&T has omitted a flash of any kind.  Power is courtesy of a 600MHz processor, rather than the Snapdragon we’ve grown to expect, but in the absence of any extreme 3D effects in the Sense UI it’s sufficient to keep things moving nicely.  This isn’t a storming phone by any measure, but nor is it unduly sluggish. 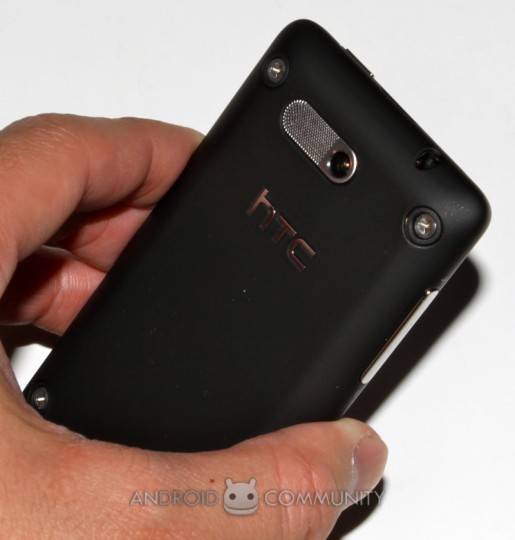 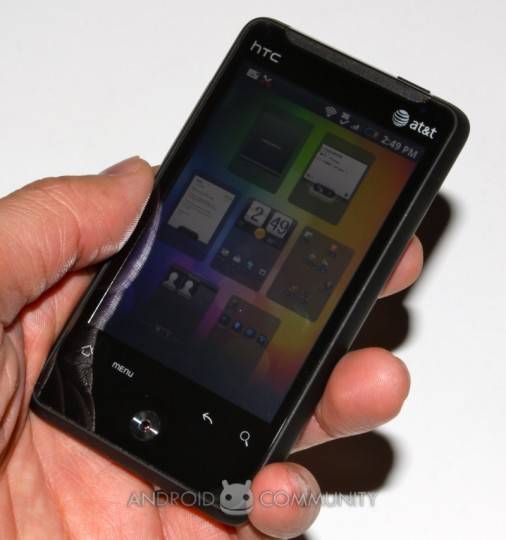 It’s still unknown why AT&T doesn’t trust users enough to allow installation of apps outside of Android market. Get with the program AT&T — Verizon and Sprint both allow this feature, why aren’t you? 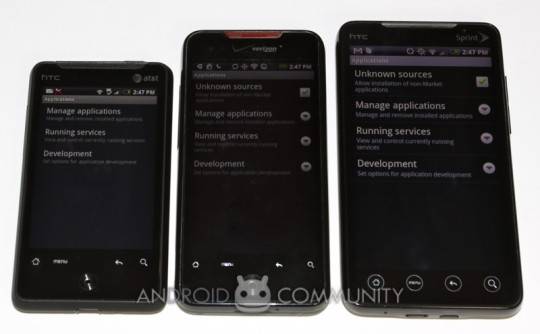 What does distinguish the AT&T Aria is its diminutive scale, and as you can see from our comparison photos the roughly 4-inch long HTC is dwarfed by other recent handsets.  It’s light, too, though we can’t help but wish that the price had gone on a diet too: expect to pay $129.99 after a $100 mail-in rebate and assuming a new, two-year agreement come June 20th. 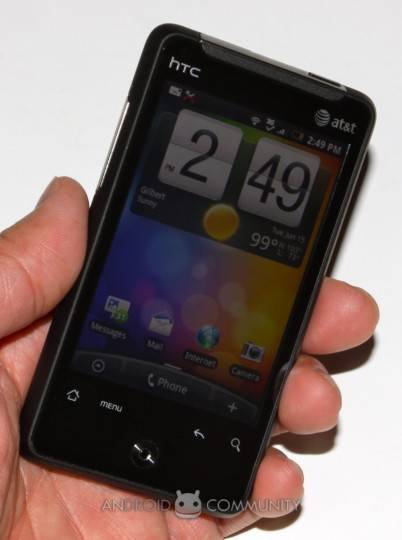 We’ll be putting the HTC Aria through its paces over the next couple of days in preparation for its full review, so until then enjoy the image gallery!