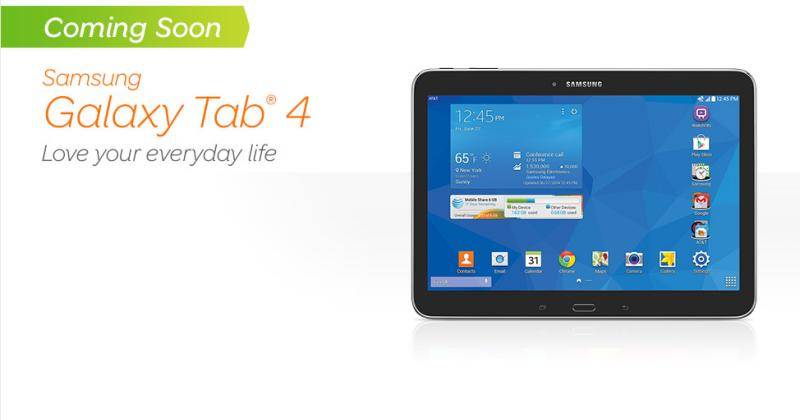 AT&T is expanding its Android tablet line with two of Samsung’s latest devices. This pair is made up of the entry level 10.1-inch Galaxy Tab 4 as well as the more expensive “prosumer” offering, the 12.2-inch Galaxy Note Pro.

The Samsung Galaxy Tab 4 line was announced at the beginning of April and was clearly designed for casual and budget-conscious tablet users. The three tablets that make up this series come in sizes of 7, 8, and 10.1 inches, but sadly, they all share the same 1280×800 resolution as well as the same 1.2 GHz quad-core processor. It is the 10.1-inch version that will be made available from AT&T’s shelves and that will come with a 16 GB internal storage and a beefy 6,800 mAh battery. Notable features in this tablet include MultiWindow for extreme multitasking and Multi User Mode for creating unique profiles for different members of the family.

The Galaxy Note Pro 12.2 will probably be familiar with some Android users as Samsung’s “professional” tablet, combining a large 12.2-inch screen, a powerful 2.3 GHz quad-core processor, and the utility of the S Pen stylus. The tablet caters to mobile workers, with an assortment of apps and software features, like four-window MultiWindow capability. However, the device has reportedly failed to gain much traction for the market segment that Samsung is trying to artificially create.