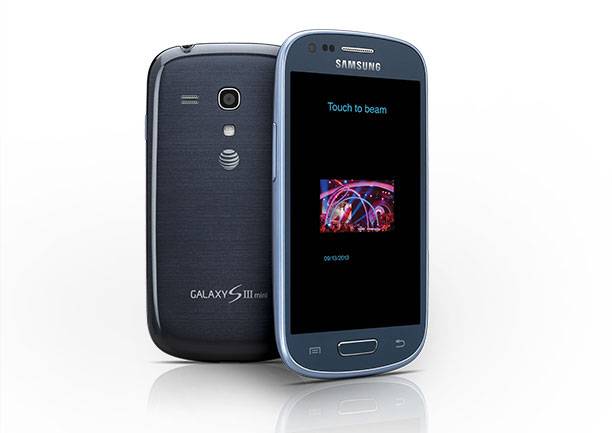 AT&T has confirmed the upcoming release of the Samsung Galaxy S III Mini. The handset will be available as of September 27th and pre-orders will be available as of tomorrow, September 19th. AT&T will have the Galaxy S III Mini priced at $0.99 on a two-year agreement and it will bring features to include a 4.0-inch display, Android 4.2 Jelly Bean and 4G LTE connectivity.

Basically, the Galaxy S III Mini is arriving as a low priced option for those looking for something with LTE and Jelly Bean. The 4.0-inch display (and overall smaller size) may also be appealing to some given other Android handsets have been getting larger and larger over time.

The Galaxy S III Mini will be powered by a dual-core 1.2GHz processor. Other specs will include 1GB of RAM and a 1500 mAh battery along with a VGA quality front-facing camera and 5 megapixel rear-facing camera with LED flash. Of course, the usual array of Samsung specifics will also be included (thanks to TouchWiz).

These goodies include S Beam and S Voice as well as Group Play, Smart Stay and for those looking for something a bit less complicated — Easy Mode. And as one would expect, AT&T is pushing the Galaxy S III Mini as being “an elegant, compact smartphone at a budget friendly price.”

In comparison, the regular-sized Galaxy S III is priced at $99.99 (on a two-year agreement) with AT&T. That model sports a 4.8-inch display along with 2GB of RAM, a 2100 mAh battery and 8 megapixel rear-facing camera with LED flash.