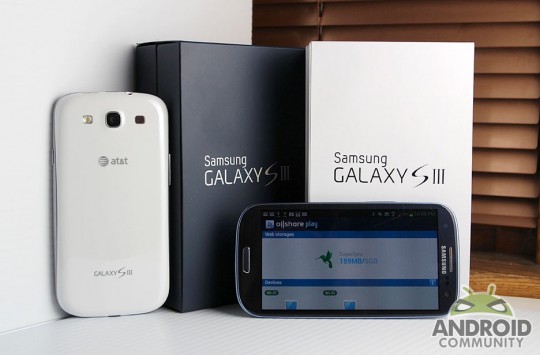 The Jelly Bean update for the AT&T Galaxy S III originally began back in December of last year. The initial rollout was by way of Kies and the OTA came available a month later. While that update brought the handset up to Android 4.1.1, it didn’t include the Samsung Premium Suite portion of the update. Well, flash forward till the present day and there is finally word of when that will be available.

AT&T has said the Premium Suite update is available as of today. Users looking for the update today will need to check manually. That means grabbing your handset and navigating to Menu -> Settings -> About device -> Software update -> Check for updates to get the process started. Otherwise those with some patience still have a little bit of a wait ahead of them.

Aside from begin able to check and update manually today, AT&T has said the update notifications will begin arriving on August 7th. Regardless of which route you take your end result will be the same — that is to say Android 4.1.2 with baseband version I747UCDMG2 and build number JZO54K. AT&T has also said the update needs to be downloaded using a WiFi connection.

All that said, the Premium Suite update will bring goodies to include multi-window and Auto Share Shot as well as some additional camera related features and some other AT&T apps. Those camera related features include the Paper Artist app and Best Face options. The AT&T apps include some additional bloatware; Drive Mode, AT&T Locker; Family Map, Live TV and SmartWifi.