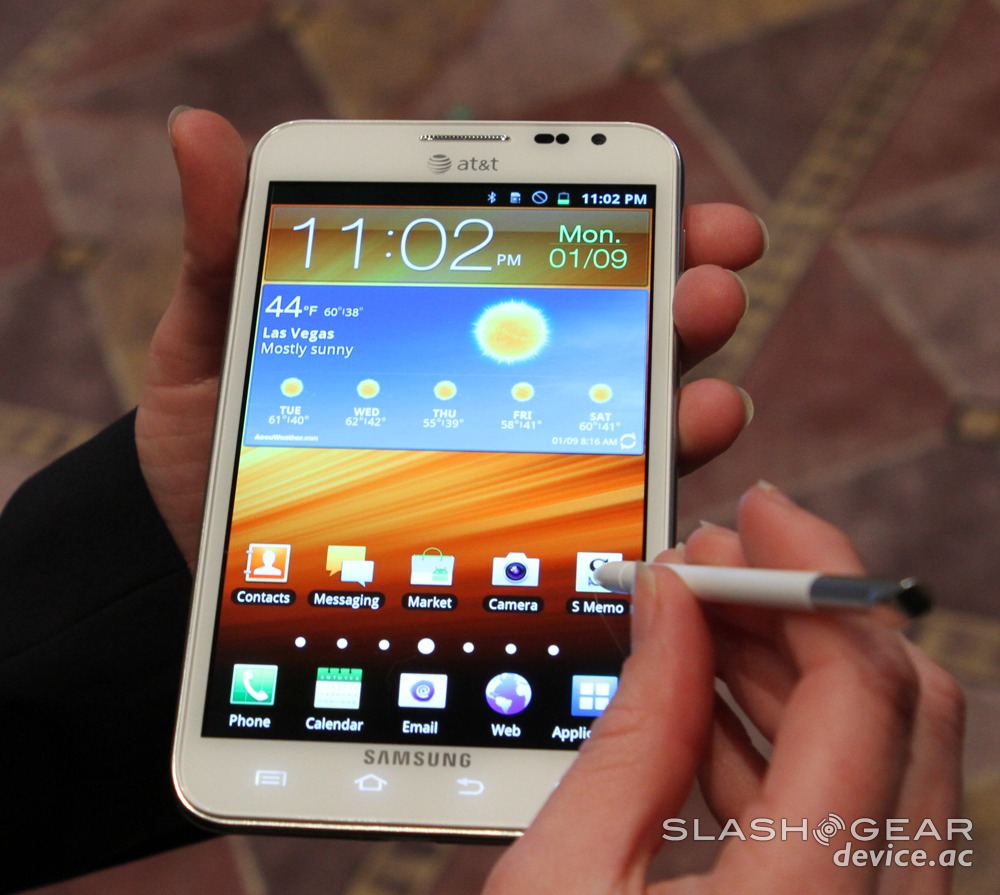 Some new details and rumors are starting to hit the streets regarding not only the highly anticipated Galaxy Note, but of two other Android devices all headed to AT&T. We have now learned of a leaked Q1 2012 roadmap of AT&T’s smartphone devices and of them is the Galaxy Note hitting the streets February 18th for just $299 on contract.

According to some leaked information to the folks at BGR AT&T will in fact have three Android devices they are launching to start off 2012. Along with the 5.3″ Galaxy Note we are now hearing there will be a few budget and mid-range devices such as the Samsung Rugby Smart on the low end for $99, and the AT&T Fusion for a mere $129 with new contracts.

Recent press images that leaked of the AT&T 4G LTE powered Galaxy Note hinted at a February 14th launch date based on the on-screen widgets but these new leaks suggest the wait will only be a few more days. Being able to get the powerful and almost tablet sized Note with 4G LTE for only $299 sounds like a pretty good deal to me. If you’ve been waiting for this phone then relax, the wait is almost over.

As soon as we hear anything that confirms the details we’ll be sure to update, not to mention digging for more details on the Rugby Smart and Fusion.