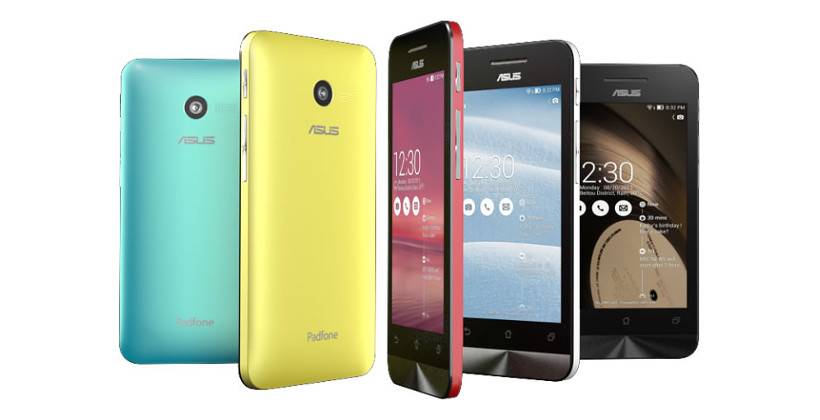 ASUS is finally bringing its new ZenFone smartphone series to the market, but it isn’t doing it first in primary regions. These Intel-powered devices are first landing on the shelves of stores and retailers in Southeast Asia, specifically in Singapore, Malaysia, Indonesia, and Vietnam.

It isn’t uncommon for ASUS to launch budget devices with sometimes unremarkable hardware. And in that vein, the three members of the brand new ZenFone family, unveiled at CES early this year, are also quite nondescript. What makes them notable and interesting, however, is that they are all powered by a processor you usually don’t find inside a smartphone: an Intel Atom CPU. Intel has long been coveting a piece of the smartphone market but success has continually evaded its grasp. Though its Atom mobile processor has indeed been seen in both Android and Windows 8 tablets of late, the promise of an Intel-toting commercial smartphone has rarely been fulfilled.

That said, the ASUS ZenFone smartphones, as expected, occupy the lower ranges of the smartphone ladder. The 4-inch ZenFone 4, for example, only runs on a 1.2 GHz Z2520 Atom chip with 1 GB of RAM and resolution of 800×480. Both the ZenFone 5 and ZenFone 6 have a faster 2 GHz Z2580 and actually both sport the same 1280×8720 screen resolution, despite having different screen sizes. All three will be running ASUS’ brand new ZenUI custom Android interface. But really, the highlight of these devices is the Intel processor, at least for those in the mobile tech world who will be eagerly awaiting reports of its performance, power consumption, and heat dissipation, in terms of a smartphone.

Of course, there is no denying that the price tags are quite tempting. In Singapore, the ZenFone 5 will debut next month with a price tag of 249 SGD, roughly $198, though no pricing or date for the ZenFone 4 and 6 have been given yet. While availability in Indonesia is still unclear, the prices already run thus: the ZenFone 4 will sell for 1,0990,000 IDR ($96), the ZenFone 5 for 2,099,000 IDR ($184), and even the most expensive ZenFone 6 only has a price tag of 3,099,000 IDR ($270). Unfortunately, ASUS has not yet disclosed market plans in either the US or Europe, which would definitely give these Intel smarpthone a very thorough testing.