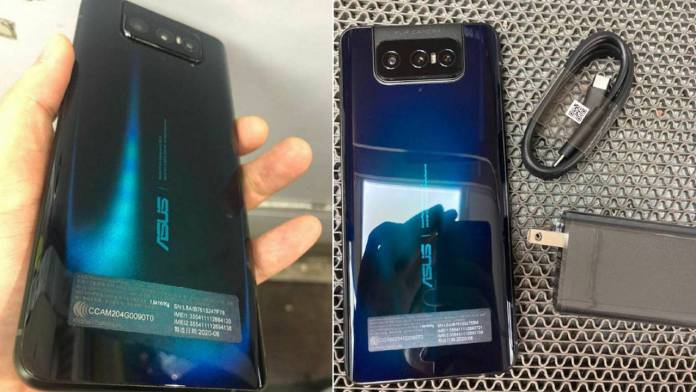 Asus is just days away from revealing its 2020 premium device series – the Zenfone 7 and its beefier brother Zenfone 7 Pro on August 26. Now, the vanilla Zenfone 7 images have been leaked online and they reveal the presence of the niche flip camera on the phone. The phone is going to have a 6.4-inch LCD display having a 2340 x 1080 resolution and screen refresh rate of 60 Hz. The images also confirm the presence of a side-mounted fingerprint scanner.

Zenfone 7 will come with a triple camera setup (as confirmed by the pictures) with 64MP Sony IMX686 main sensor, 12MP IMX363 ultrawide sensor, and an 8MP telephoto sensor. The camera module will have the same flip mechanism as its predecessor which is interesting. 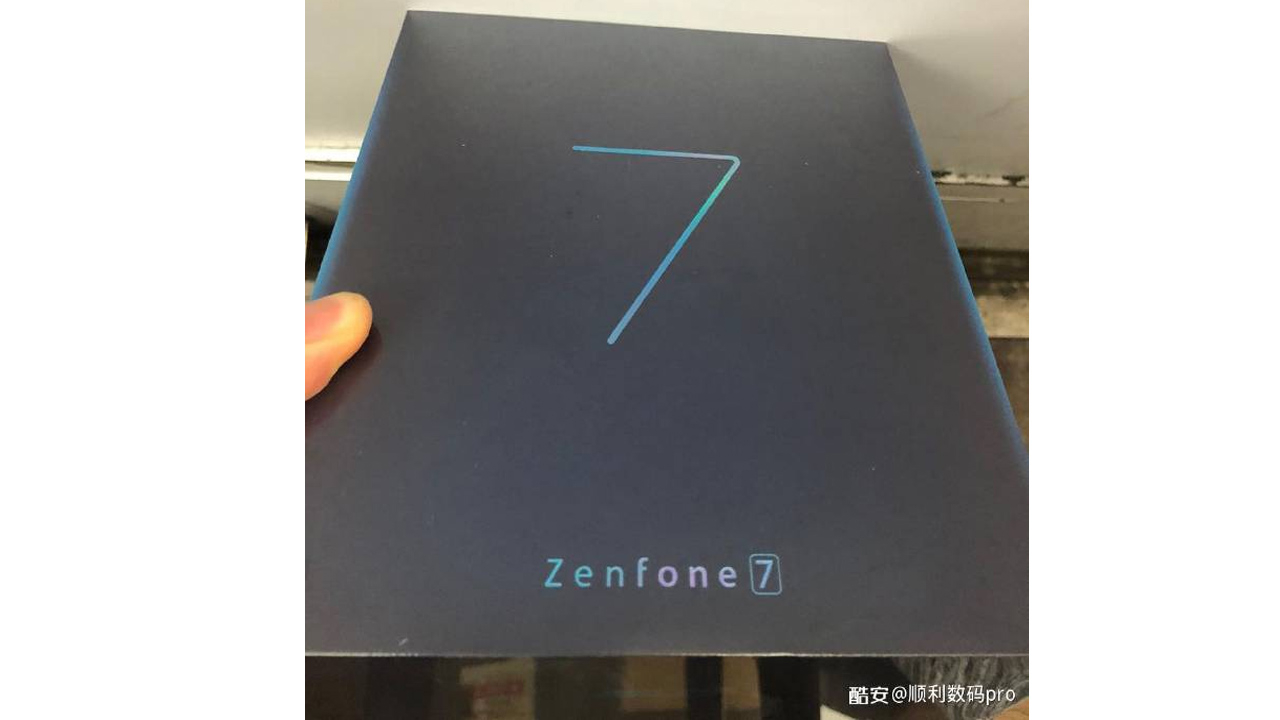 The leaked images of the Zenfone 7 retail box clearly mention the specifications of the device. It will have the Snapdragon 865 SoC clocked at 2.8 GHz and at least 8GB RAM/128GB variant. The images also suggest that there will be no 3.5mm headphone jack which audiophiles are obviously going to miss.

Zenfone 7 could have the 5,000mAh battery pack which is enticing for heavy phone users. Overall, the phone has good hardware specifications but the LCD display lacking higher refresh rates could be a deal-breaker for some. The expected price of around $500 is going to be competitive but it remains to be seen what the phone is packed with when it is released later this week.