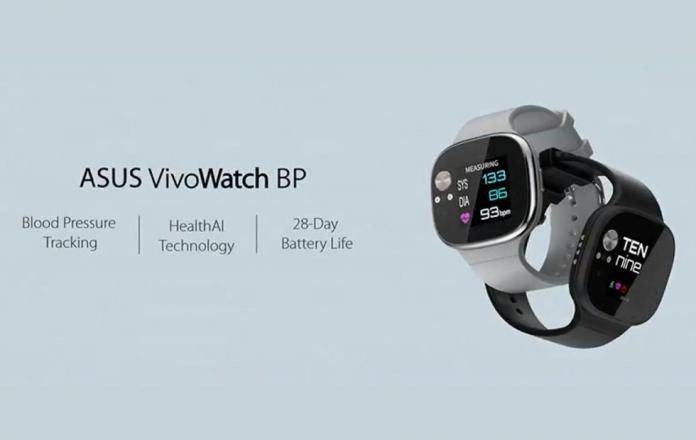 Smartwatch makers have eventually figured out that what they can offer isn’t just simply a smartphone in a smaller screen. They can actually harness the power and convenience of having a device on your wrist that is still connected and make people’s lives easier in the process. We’re seeing the influx of health and fitness related services and features on these wearables so that users will still have a reason to purchase and use them. But it seems like we’re not seeing anything new the past few months and so people have begun asking if smartwatches can still surprise us. ASUS is trying to do just that by giving its new VivoWatch a feature that no other smartwatch currently has: a blood pressure monitor.

Many of the higher-end smartwatches have all kinds of sensors to monitor things, including heart rate or blood oxygen levels. But the blood pressure aspect is something that only the ASUS VivoWatch BP currently has. There are other wearable devices like Omron’s HeartGuide that does that but among the smartwatches, there is only one. Well, at least for now. Having a BP-monitoring feature on a wearable isn’t that easy to accomplish so having ASUS come up with something that’s still more comfortable and less obvious than the aforementioned HeartGuide is a boon for those who prefer having that feature on their wrist anytime they need it.

What ASUS did was combine an ECG sensor to read the heart rate and then a PPG sensor to detect the blood flow. What a user would have to do in order to measure their blood pressure is to put your index finger on the sensor on the watch face and then wait for half a minute, just like you would when using an actual BP monitor. However, to be able to bring you this feature, it seems like ASUS had to sacrifice some things, specifically the design. It doesn’t look like most of the designer-made smartwatches that we now see in the market and that sensor can be an eye-sore. But if what’s important for you is to know your blood pressure whenever you want to, then this device should be okay.

Aside from measuring the blood pressure, it does all the standard health monitoring things that a wearable does now, including tracking your heart rate, sleep patters, and fitness (or non-fitness) activities. It also has a HealthAI app that will supposedly offer you personalized advice to improve your health based on the data that they get from you. It runs on its own OS but can connect to a special smart mobile app in order to sync all the data.

The fact that the World Health Organization says that one in five people are now suffering from high blood pressure (and complications account for 9.4 million deaths worldwide) is an indication that there is a potential market for the ASUS VivoWatch BP. As to the accuracy of the BP reading, you will probably get better results from the professional equipment but if you need to monitor yours at the moment, this should be the next best thing.