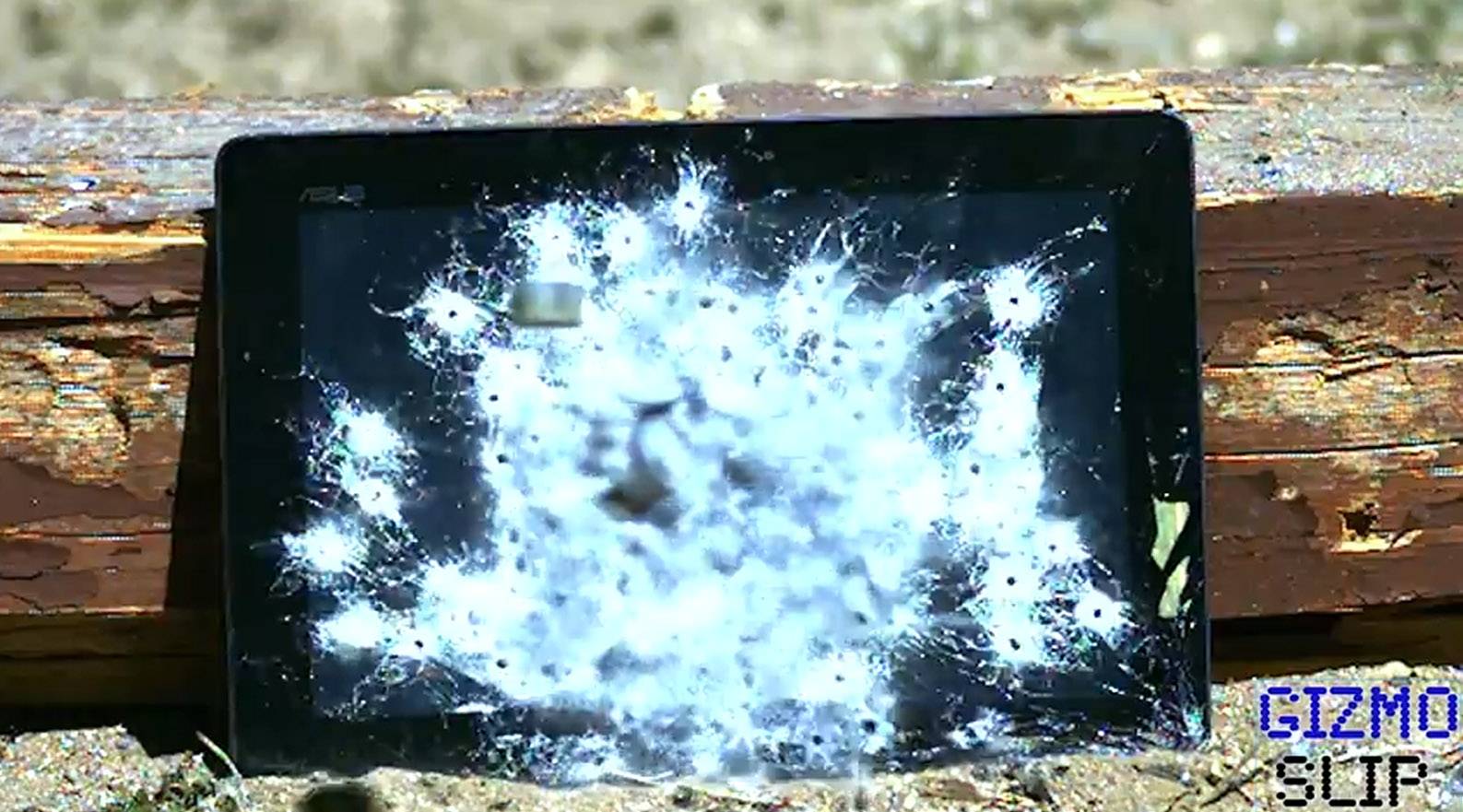 The ASUS Eee Pad Transformer Prime is one of the most powerful Android tablets on the market. But despite its robot-inspired name, it can’t actual perform feats of incredible strength. It’s not more powerful than a locomotive. It can’t leap tall buildings in a single bound. And it certainly isn’t faster than a speeding bullet – if it was, it might have been able to outrun the ones that a few experimental geeks sent blazing towards it.

The guys at Gizmo Slip make a life out of testing gadgets to the extreme. Most of the time, this boils down to temperature and drop tests to see how solid they are. When a gadget fails a drop test and shatters its screen, as in the case of one very unlucky Transformer Prime, they tend to make their own entertainment by completing the destruction. In this case, they did so with the aid of a 9mm pistol and what looks like a 12-gauge shotgun.

The Transformer Prime didn’t hold up so well to three full metal jacket rounds, but was absolutely decimated by a single shell of buckshot. There’s a valuable lesson to be learned here, folks: don’t drop your consumer electronics on the ground and break the screen. But if you do, blow apart what’s left in an interesting way, put it on YouTube, then sit back and wait for the accolades from the rare combinations of redneck and tech geek like yours truly.