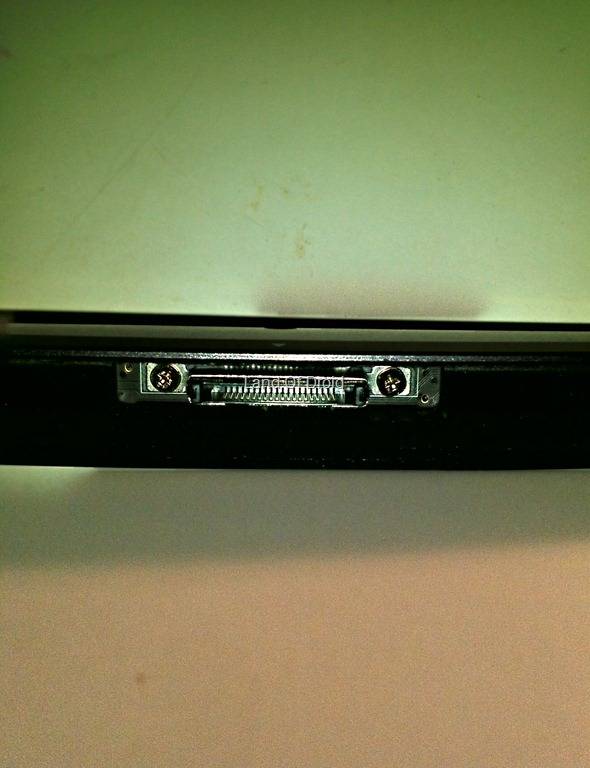 We’re going to need need a bigger dock. After months of complaints of low GPS reception on ASUS’ flagship Eee Pad Transformer Prime tablet, the company has committed to sending out free GPS dongles for affected customers. Land of Droid managed to grab a photo of the purported dongle, and, well… it’s more of an antenna. And assuming that this is indeed the final hardware, it’s very, very big. From the fuzzy pictures provided it looks like the dongle  is about the same size as the locking mechanism on the Transformer Prime’s keyboard dock.

The dongle itself is pretty simple: it uses the proprietary port on the bottom of the Transformer Prime for communication, and reportedly improves the tablet’s GPS reception by an appreciable portion. (It better, right?) A couple of tabs and a locking mechanism are the only other additions. Technically the dongle does match the color of the tablet, and will presumably be matched to the registered color from applicants, but the dongle’s made of plastic that contrasts poorly with the Transformer Prime’s metal chassis.

Ergonomics seem to be something of an issue – the photos show the user holding the tablet “upside down”, probably to avoid the uneven feel of the dongle fitting into the bottom. But since Android tablets are designed to be used in any orientation, this isn’t a huge problem. Charging and docking are more of a concern: with no pass-through connector to be found, users will have to remove the dongle each time they want to charge it or use an accessory. Obviously cases will be an issue as well.

Invitations to order the free dongle are being sent out today to those who have registered their tablets with ASUS. Head over to the ASUS VIP registration page if you haven’t done so already. While this situation is certainly frustrating, it’s good to see that ASUS is doing right by its customers – no on’es being told that they’re holding it wrong, after all. Future versions of the Transformer hardware, like the all-plastic Transformer Pad 300, shouldn’t suffer from the same low GPS and WiFi signals.