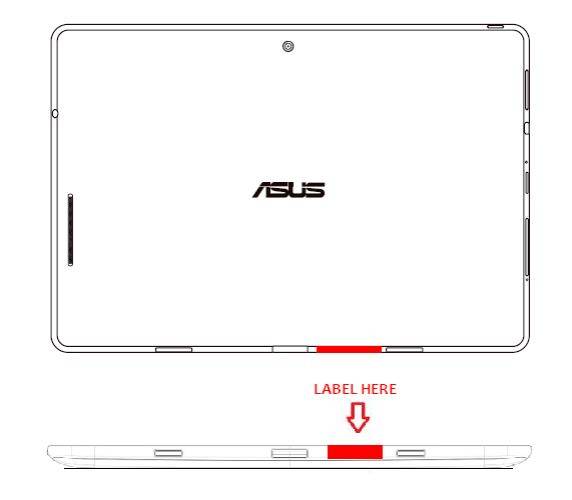 We never had any real doubt that the Transformer Pad 300, a cheaper model of Asus’ Eee Pad Transformer Prime and the erstwhile replacement for the original Transformer, would be making its way stateside. But Asus seems intent on bringing it sooner rather than later: the tablets has already appeared in the standard Federal Communication Commission‘s certification systems. Asus is only seeking certification for the WiFi version in the United States so far – it looks like it’ll be a while before the LTE version makes it here, if ever.

The 300 is a more economical version of the Transformer Prime, keeping its Tegra 3 processor, 10-inch 1280×800 LCD screen and (since the January update) Ice Cream Sandwich. The Transformer Pad 300 changes things up a bit with a more down-market plastic casing, though you’ll be able to choose one of three colors, matched to the optional keyboard dock accessories. The new model should give the original Eee Pad Transformer (TF101) a well-earned retirement, and we hope and expect to see it hit the market at the same $399 price point for a 16GB model.

There’s a silver lining to the WiFi-only nature of the device in the FCC: it gets the latest and greatest in processors. Nvidia’s Tegra 3 platform is currently incompatible with LTE radios, and will be for some time – for LTE versions of the Transformer Pad 300 and the Transformer Pad Infinity 700, Asus is substituting Qualcomm’s dual-core Snapdragon S4. The S4 is nothing to sneeze at, but it’a not quite as fast as the Tegra 3. And of course, it can’t access Nvidia’s partnered games in the Tegra Zone. We expect to see the Transformer Pad 300 show up on shelves in the US and elsewhere sometime this summer.