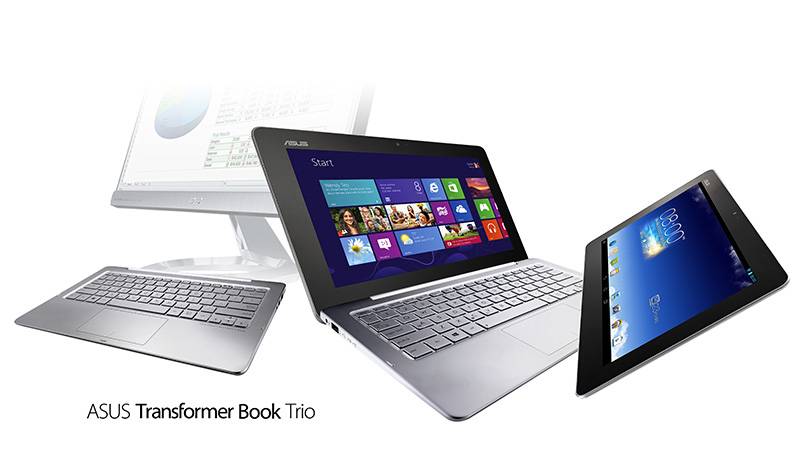 The retail availability of the rather intriguing, if not schizophrenic, ASUS Transformer Book Trio might soon be a reality. The device has twice been spotted making its way through the FCC, first in September and then last week for a quick change in one of its components.

It is almost six months to the date when the Transformer Book Trio was first unveiled at Computex in June. After disappearing from radars for a brief period, it once again appeared at the IFA trade show in Berlin last September. At first glance, the Transformer Book Trio looks like an unassuming tablet/laptop hybrid. After all, it does bear the company’s Transformer brand. But, as the cliché goes, don’t just a book by its cover.

Half, or rather one third, of the Transformer Book Trio is, indeed, a tablet. That half run a 2.0 GHz Intel Atom processor with 2 GB of RAM. It bears a 11.6-inch Full HD IPS display with a 1920×1080 pixel resolution and 178-degree viewing angles. On its own, the tablet part runs Android 4.2 and has 60 GB of internal storage. The magic, however, happens when you add the keyboard dock into the mix.

The keyboard is more than just battery-bearing extension of the tablet and serves two purposes, filling in the remaining two-thirds of the combo. When attached, it transforms the tablet into a Windows 8 machine. In reality, though, it is the tablet that becomes the extension of the keyboard, which is a computer in its own right. It sports either an i5 or i7 Intel Haswell processor, supporting up to 8 GB of RAM and 1 TB of storage. as such, it is practically a headless computer that turns the Android tablet into a monitor. It can be used on its own. All it needs is an external display, and maybe a mouse, if desired.

Passing by the FCC is, of course, no assurance of immediate availability, but it does give hope that the ASUS Transformer Book Trio will someday seen on store shelves in the US. Availability and especially pricing is still a big question mark at this point.