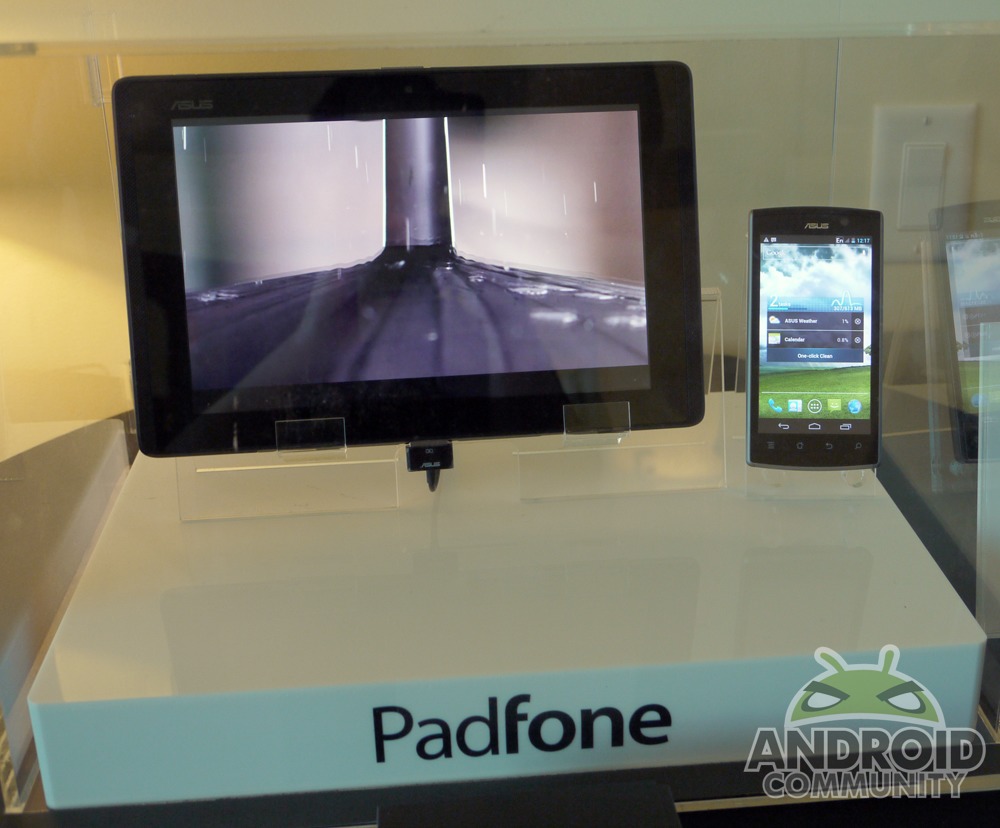 We’ve seen and been waiting for the ASUS Padfone for what seems like forever. It has now been officially confirmed by ASUS themselves that it will be unveiled at Mobile World Congress 2012 — that is the end of February folks. What’s even better is we are also hearing reports from a few trusted sources that they’ll be showing off a new redesigned model.

The picture shown above, from our coverage at CES (linked to below) you can see it’s currently running Android 4.0 Ice Cream Sandwich — only the device still features capacitive touch buttons. Rumors are strongly suggesting ASUS will be showing off a redesigned model Come February 27th at MWC that will be thinner, lighter, and obviously lose those buttons thanks to the on-screen controls of ICS.

In the image gallery below you can see just how thick the model at CES was, definetaly a lot fatter than the Transformer Prime. The Padfone at CES was being shown off as compatible with the original Transformers keyboard dock, but we expect the newly designed Padfone will support the new and sleek Transformer Prime’s dock. Another hint that the new design they’ll be showing off will be extremely thin and beautiful.

Early reports have been suggesting the NVIDIA Tegra 3 quad-core processor but the Padfone sitting in the case at CES 2012 was confirmed to actually be rocking the Qualcomm Snapdragon S4 quad-core chip. Obviously things could change internally along with the outside changes and we could see either quad-core come next month.

As a friendly reminder we will be live at Mobile World Congress to capture all the details, so remember to stay tuned right here for the latest and greatest for Android.