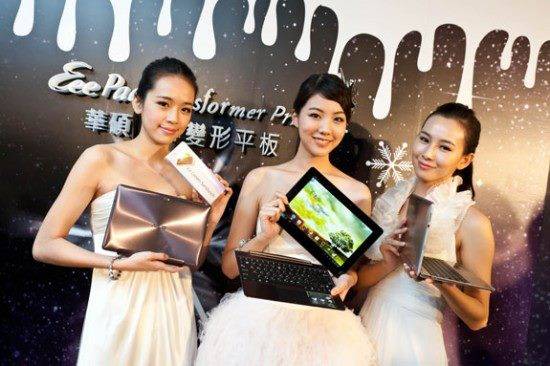 Most owners would say that the ASUS Eee Pad Transformer Prime is a pretty complete machine, especially after its Ice Cream Sandwich software upgrade. Aside form a few niggling hardware problems, it’s pretty much all anyone could want from an Android tablet – blazing Tegra 3 processor, all-aluminum construction, bright HD screen. Apparently that’s not enough for ASUS: they’ve posted on their official Facebook account that some “Awesome new features” will be added in the next software update.

What could these features be? We’re honestly kind of stumped. The Transformer Prime already has the latest version of Android and ASUS has released regular updates for bug fixes and performance enhancements. There’s not a lot more that they can add to the core software, so presumably that means adding it via new apps. Productivity seems likely, thanks to the Transformer Prime’s keyboard dock, but a few pack-in games wouldn’t be out of the question either.

The Prime isn’t perfect: that all-metal body has caused some serious issues with WiFi and GPS reception. Unfortunately software updates are unlikely to fix these, and if ASUS had an easy solution they probably already would have implemented it. That leaves us back at square one, just wondering what kind of goodies they’ve got in store. We shouldn’t have to wait too long to find out, and ASUS tends to send out updates in all territories very quickly. Transformer Prime owners, check your Settings menu for an OS update tomorrow morning.