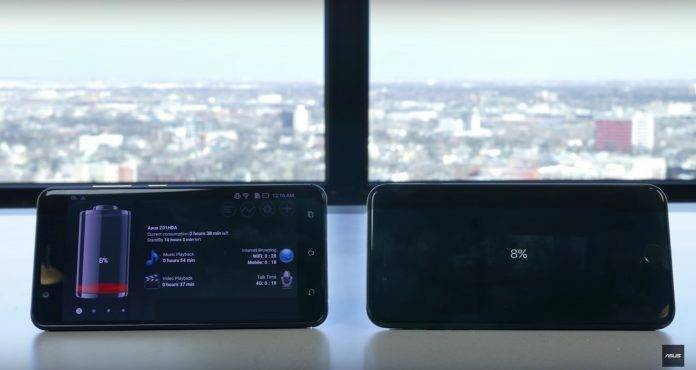 If you’re asked to choose between the ASUS ZenFone 3 Zoom and Apple’s iPhone 7, which would you want to make your own? Well that also probably depends which platform you prefer, but chances are most people would choose the latter. But ASUS is making its case that if it’s long battery life you want, then you would want to choose their device. They released a battery marathon video showing that their device is far superior to the iPhone, at least battery-wise.

Well, if you know the specs of the two devices, it would make sense that the Zenfone outlasted the iPhone. They may have the same 5.5-inch 1080p display, but the former has a 5000 mAh battery while the latter only has a 2900 mAh one. The Zenfone 3 Zoom also has Qualcomm’s Quick Charge technology, and so even during the battery charging challenge, it was of course more superior than the more expensive iPhone 7.

However, keep in mind that this particular Android device is only a mid-range smartphone as compared to the high-end iPhone 7. When it comes to processing power and specs beyond the battery life, then it will obviously be better as it is double the price (unless you really don’t like Apple products, in which case the comparison is pointless).

But if you’re in the US and would like to get hold of the ASUS ZenFone 3 Zoom, then you’re out of luck as it is still not available there. The OEM said it will be released there and in other markets this quarter, so it may be around June. It will be sold unlocked and will have an SRP of $399.