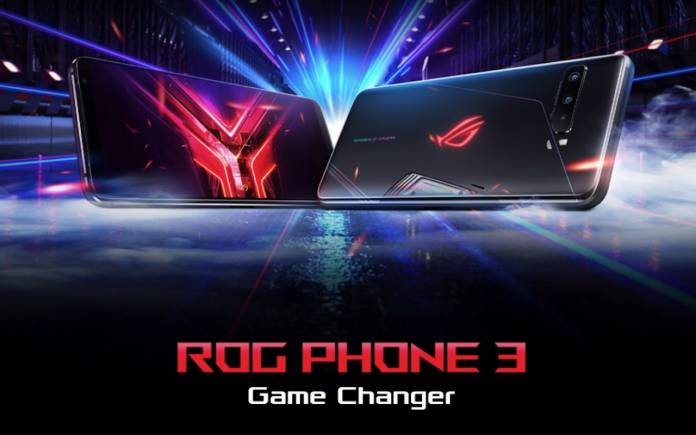 The ASUS ROG Phone 3 was first mentioned here as early as February. We noted it would have pre-loaded Google Stadia. The gaming phone’s power-packed specs and image renders were then leaked followed by a hands-on video. It was confirmed the device would be announced on July 22 and it did happen. We can finally confirm the 6000mAh battery as earlier revealed by an NCC certification and confirmed yesterday. Those accessories that were leaked also turned out to be real.

The new device is the 3rd-gen ROG Phone from the Taiwanese tech giant. Last year, the phone was introduced during the IFA event. The product launches earlier this year. It arrived with a slew of gaming peripherals and accessories as teased.

The device is powered by a Qualcomm Snapdragon 865+ processor, up to 16GB RAM, and a 6000mAh battery. The large battery is assisted by the new ROG GameCool 3 cooling system. A side-mounted charging port is available while the heat sink is on the rear. It’s basically the back cover. 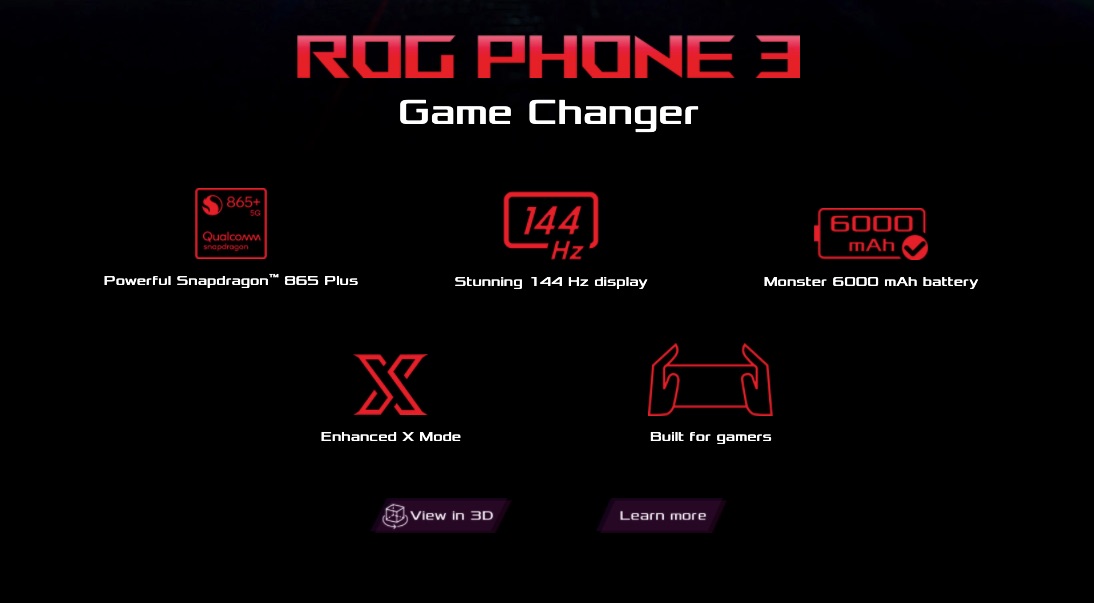 For better gaming, there is a motion sensor and programmable ultrasonic touch sensors as part of the phone’s AirTrigger 3 control system. Audio quality is enhanced as it’s been fine-tuned by Dirac. The gaming experience is further enhanced, thanks to a new game mode that allows stereo imaging in landscape mode. This feature allows the phone to produce sounds according to the gamer’s position.

The ASUS ROG gaming accessories will not be available right away. The ASUS ROG Phone 3 will be released in September in North America. It may arrive with the ROG Cetra RGB headphones. The ROG Strix XG16 gaming display will be out in December. The ROG Falchion keyboard will come in the fourth quarter.

The ASUS ROG Phone 3 gaming phone seems to be really powerful. With 5G, it can be one of the fastest today. No official word on pricing but we won’t be surprised if it costs around $1,000.