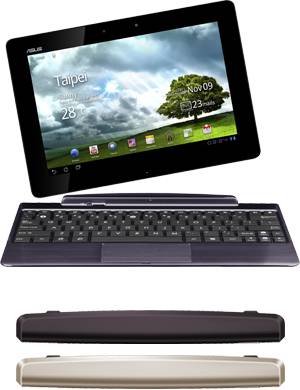 Not too surpassingly, ASUS is reported to be working on an Android 4.2 update for its tablets. We are not quiet sure which models are receiving this update, but it seems logical that the mid to high-end models would get 4.2 from ASUS. The report implies that its Transformer tablets would be receiving the update, and those definitely seem like the most logical models to get it.

The report comes from a customer who called ASUS and the rep claimed ASUS is working to get the update out. The rep did not mention specifically what tablets will get it. The customer who called owned a Prime, so we are guess that could be one of the models, but we cannot be sure until ASUS announces something officially.

Some ASUS tablets have not received Android 4.1 yet, so it’s doubtful that any of those would receive Android 4.2. Of course, it’s possible ASUS could update those, but that seems highly unlikely. We will have to wait and see what happens.

Android 4.2 adds some pretty slick features that should make ASUS tablet owners happy, as long as this report ends up being true. 4.2 users get multiple user accounts and lockscreen widgets. Hopefully, ASUS makes the announcement official soon. We will keep you posted.