At this point we’ve heard multiple different rumors regarding the next-gen second Nexus 7 from ASUS and Google. After expecting it to arrive at Google I/O, only to have the event pass with no such news, we’re now seeing some additional details to get us excited. According to one Google+ user an ASUS rep told him Q2 for the release date and the full spec list. Read on for the latest.

We’ve already heard a slew of rumors, seen benchmark results, and even Bluetooth SIG filings, so at this point we’re just waiting for the official details. However, this ASUS rep apparently knows all the semi-official information, and wasn’t hesitant to share them either.

As the report goes, one lucky G+ user was prodding for more details on the ASUS tech support channel, and received quite the bit of information. The screenshot below is one of many, and it clearly states internal documents have supplied the specifications revealed. As well as the Q2 release date. Given that, we could be seeing this device anytime now, and hopefully fairly soon. 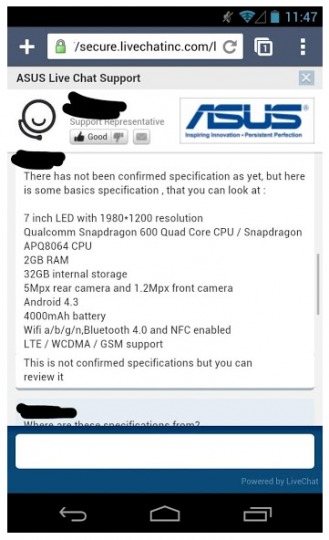 Most of the specs aren’t anything new. We’ve been reporting some sort of Qualcomm (and not NVIDIA Tegra) quad-core for some time, as well as a 1080p HD display. At this point though, we’ll take any details we can get. Here’s the full list:

The ASUS chat rep clearly states they aren’t “confirmed” but makes mention of internal documents. So we feel pretty good about this list. Uh Oh, good thing this Google+ user was nice enough to blur out his name. For now we’ll just have to wait and see, but most likely many are happy to see the Snapdragon 600 in there, instead of the aging S4 Pro. Here’s to hoping that mid July release date report was true. 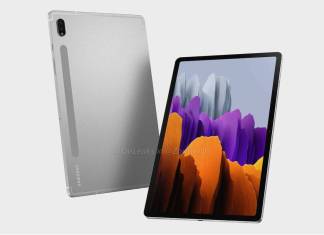 Rei Padla - October 24, 2021
Samsung has yet to announce the new Galaxy Tab S8 series. There will be two variants: the regular Galaxy Tab S8 and the Galaxy...