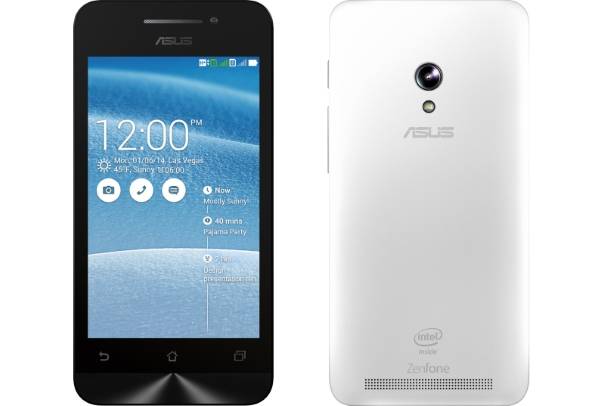 It looks like ASUS’s Zenfone revolution is gaining some traction, with the Taiwan-based tech company releasing a number of its Zenfone-themed models across markets in Asia and the sub-continent of India. Today, we have another Zenfone release to the Malaysian market – another sub USD$100 device to solidify ASUS’s strength in the lower market niches.

The ASUS Zenfone C seems to be a variant – or at least closely related to the ASUS Zenfone 4 A450CG. To that effect, it carries the model number ZC451CG. The Zenfone C sports a 4.5-inch 854×480 IPS display, powered by 1.2GHz Intel Atom Z2520 processor – the processor of choice for ASUS’s lower models. That is supported by 1GB of RAM and 8GB of internal storage space. It has a 5MP/O.3MP camera combo and a 2,100mAh battery. Everything software-side runs on ASUS’s Zen UI over Android 4.4 KitKat. 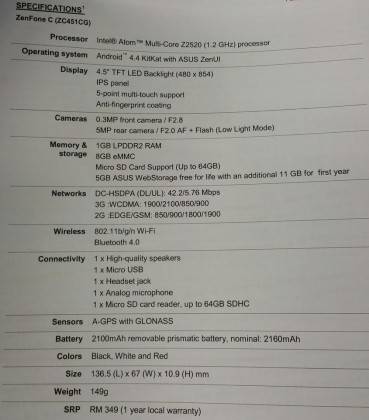 It seems that ASUS is taking the Samsung strategy to task – that is, the early Samsung strategy of releasing new variants of their existing smartphones every quarter. This was the strategy that Samsung employed that gained them market saturation (and tons of profit), but it was also the cause of Samsung’s decline in the past year. ASUS should be careful in employing this as well.

The ASUS Zenfone C will be available for the Malaysian market in the next few days at a retail price of USD$96.00. Let’s see if this turns out well for ASUS.