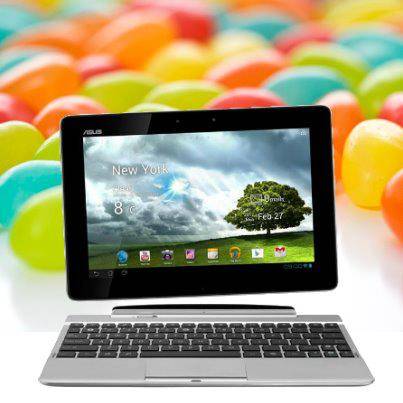 Back in August, ASUS began rolling out the Android Jelly Bean update for the ASUS Transformer Pad 300 in the US. The first rollout provided the update for the non-LTE version of the Transformer Pad 300, leaving those with the LTE-enabled version stuck on Ice Cream Sandwich. Now, about two months later, ASUS has released the Jelly Bean ROM for the LTE version of the TF300.

Updating your device is simple. Download the ASUS Transformer Pad TF300TL firmware, version 10.4.3.6. Flash your tablet with the latest ROM, then enjoy the increased speed that comes from making the jump from Ice Cream Sandwich to Jelly Bean, which reports state as being a noticeable difference.

This update breathes new life into the Transformer Pad 300, giving it noticeable usability and speed improvements over Ice Cream Sandwich, and is a much-welcomed update. As always, be sure to backup your data before updating. The tablet hybrid is available in three different colors: blue, silver, and red, and is priced at $399.99.