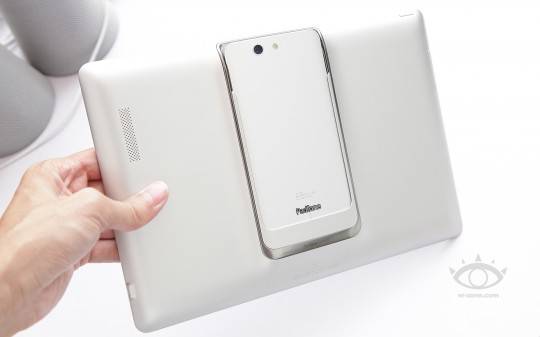 The Asus Padfone may be getting a little brother. Recent leaks indicate that Asus is preparing a Padfone mini, which will bring the phone/tablet combo to a new market. Both the phone and tablet are said to be scaling down considerably, which could be good news, or a bit of a failure.

The device, which popped up in GFXBench testing, is codenamed the Padfone T00C, and is running Android 4.3. It also has a 1.4GHz processor, and a paltry 960 x 540 resolution display. The resolution itself suggests a 4-inch or smaller phone, and we can’t think Asus would dip below 7-inches for the tablet portion of the device.

While the device could just be test hardware, it does hint at more from Asus. When compared to other Padfone offerings, this is smaller and lower-specced, which could lend itself to smaller carriers or a two-pronged approach. The “mini” and “max” approach are popular recently, so it seems Asus is just keeping pace with the rest of the market.