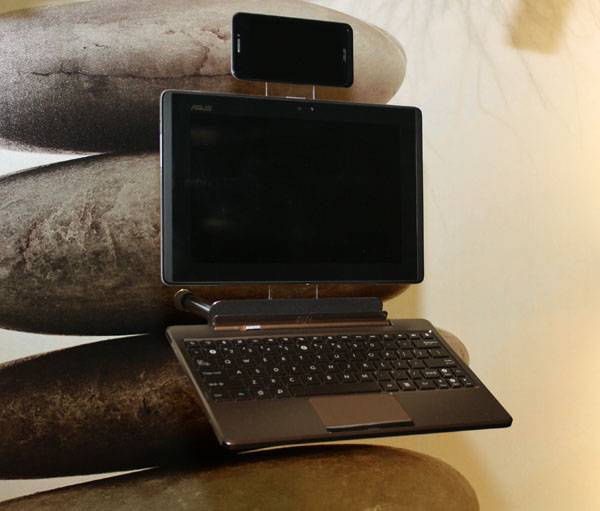 Oh Padfone, how long we’ve waited for you. But those of you in Europe won’t have to wait too much longer. After ASUS announced that the much-anticipated smartphone/tablet/netbook would be selling in Taiwan this month, Notebook Italia reports that Italy (and presumably other European territories) will get the Padfone in late May. They also spoke to the Euro price of the device: €699 for the phone and tablet combo. The keyboard dock, similar to the docks for the Transformer tablets, will be an additional €149.

In US currency that’s about $920 plus another two hundreds for the dock. Prices are consistent with the Taiwanese version of the phone. ASUS says that an LTE-enabled version will be headed for Europe in September – the current model is 3G only. There’s been no word of the Padfone coming to the US at all, and doing so would almost certainly necessitate the cooperation of one or more cellular carriers. On the plus side, the exchange rate and subsidies could bring down the cost of the phone and accessories significantly.

[via Gotta Be Mobile]