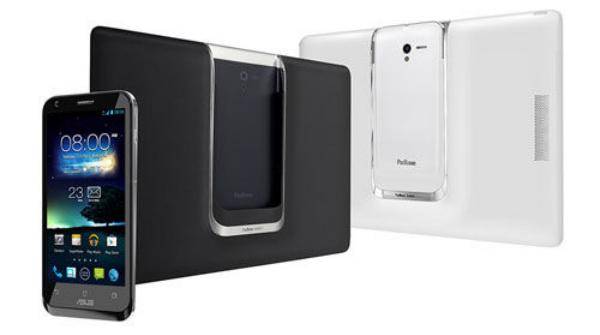 Right on the dot, ASUS is delivering Android 4.4 to its 2012 smartphone/tablet hybrid, the PadFone 2. But while many owners are undoubtedly grateful for the most recent Android version to a 2 year-old niche device, the update process for the PadFone 2 is a bit more involved and more destructive compared to other smartphones similarly updated to KitKat.

Last February, ASUS promised to deliver the then still fresh and new Android 4.4 version to almost all of its PadFone line, starting with the PadFone 2 and the older PadFone Infinity. The schedule was slated for the end of Q2 2014 which is practically today. The update for the PadFone 2 has been delivered as promised, but unfortunately the ASUS PadFone Infinity isn’t so lucky, with no sign of the update anywhere in sight.

PadFone 2 owners shouldn’t consider themselves completely lucky just yet. While the update is indeed already available on ASUS’ support page, the process isn’t as easy. Usually, Android devices would get Android updates delivered over the air, or OTA. In this case, ASUS is only providing a flashable ZIP image. Those who flash ROMs will most likely be familiar with this process, but majority of users won’t. Users must also take care to backup their device before attempting the upgrade, as the flashing process will wipe out the PadFone 2. After following the instructions, which ASUS fortunately provided, they will then have to restore what they backed up in order to get back to a working state.

That said, should they survive the ordeal, users will be greeted by Android 4.4.2, up from the default Android 4.1 on the device. They will also have ASUS’ custom Android experience, ZenUI, installed on the PadFone 2, taking this 2012 machine forward to the same ranks as the company’s latest devices. Aside from the old PadFone Infinity, ASUS has also promised an update to the PadFone A80 for Europe around this same period. The new PadFone Infinity A86, however, is scheduled to get Android 4.4 only in the third quarter.