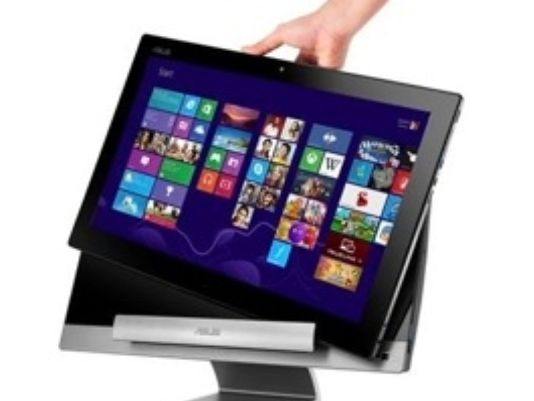 This week Asus pulled the wraps off the new device that has two different operating systems in one unit. The product is called the Asus Transformer AiO P1801 PC/tablet hybrid. The machine is set to officially launch on April 12 and is a bit of the tablet in PC hybrid.

The tablet portion of machine docks into a PC base station turning the portable tablet device into a desktop computer. The ability to run Windows 8 means that users will be able to use software they are familiar with from home, school, or the office. The machine can also dual boot and runs Android 4.1 Jelly Bean.

When the tablet section is docked into the desktop PC Station base it runs Windows 8 and offers a 1 TB hard drive, integrated optical drive, memory card reader, Bluetooth, HDMI output, and four USB 3.0 ports. The desktop section runs a quad-core Intel i5 processor and has Nvidia graphics.

When you pull the screen section out of the PC Station, you end up with a large Android tablet running an Nvidia Tegra 3 processor and featuring 32 GB of storage and a microSD card slot. The tablet portion measures 18.35 x 0.71 x 11.57-inches. The tablet has an internal battery and its own power adapter. The screen is 18.4-inches making the tablet portion not exactly portable.