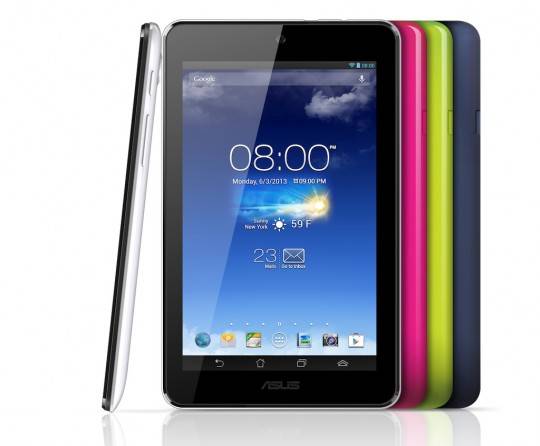 Budget tablets have come a long way, evolving from cheap knockoffs to decent and affordable alternatives, with manufacturers like ASUS continually raising the bar. The latest such device to come from the company’s line up is the MeMo Pad HD 7 which has now become available online for pre-orders for a very low price.

We reported on the launch of the ASUS MeMo Pad HD 7, along with its bigger sibling, the MeMo Pad FHD 10, early last June. We detailed the specs of the device: an ARM Cortex A7 quad-core processor, 1280×800 pixels resolution on a 7-inch display, 5 megapixel rear camera paired with a 1.2 megapixel front-facing camera, and a choice of 8 GB or 16 GB for storage. Not entirely earth-shattering, but not too shabby either.

It seems that the tablet is now available for pre-order from various online retailers such as Amazon, GameStop, Newegg, and TigerDirect for a price tag of $149. Only the 16 GB model seems to be available at the moment. It comes in different color options such as white, black, pink, blue, and green. Unfortunately, it has Android 4.0 Ice Cream Sandwich only, which might be a deal breaker for some.

The ASUS MeMo Pad HD 7 isn’t really a revolutionary device coming from the makers of the Nexus 7 tablets. But with the specs and choice of colors, it might just be perfect for someone who needs a decent tablet from a reputable manufacturer and doesn’t need the horsepower of a Nexus 7 nor its price.