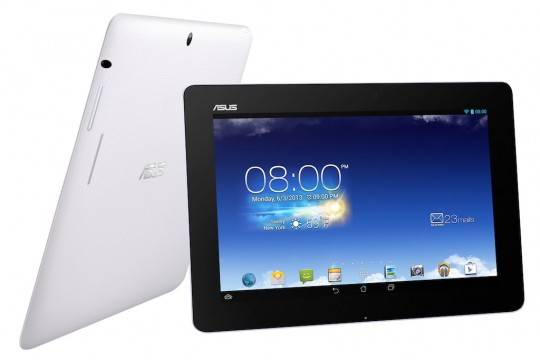 ASUS unveiled its MeMO Pad FHD 10 tablet last June but so far it has not yet hit stores and retailers. In the meantime, it seems that ASUS has been busy creating an LTE variant of the 10-inch device and has now made details of tablet available, including the fact that it won’t be running on an Intel processor.

ASUS published a promo video on YouTube that advertised the features of the upcoming LTE-enabled tablet. The original version of the MeMO Pad FHD 10 will be running on a dual-core Atom Z2560 with a clock speed of 1.6 GHz. As per the video, the new one will be running instead on a quad-core processor, presumably a Qualcomm Snapdragon. Although no particular model has been mentioned, it wouldn’t be surprising if it were a Snapdragon 800, or at least a 600, given its touted gaming use.

Other features mentioned include dual stereo speakers using SonicMaster technology, wireless video streaming via Miracast, and a 5 megapixel autofocus rear camera. The FHD 10 LTE will retain the original’s 1920×1600 10-inch IPS display, as well as the advertised 10 hours of battery life. Watch the video below to see it all in detail.

No word yet on the availability of either the original MeMO Pad FHD 10 or its LTE sibling. It seems the LTE version will be available only in black or white back covers. ASUS also makes mention of the Folio Key, a super-thin sleeve cover with a built-in keyboard, which will most likely be sold separately.