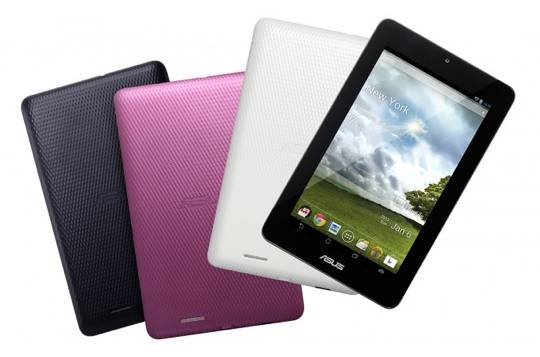 If you’ve been looking for a cheap budget Android tablet and can’t afford the Nexus 7, the folks from ASUS have confirmed this afternoon that their new 7-inch slate is available today for just $150. It’s called the MeMo Pad 7 and is essentially a Nexus 7 without the fancy HD screen or quad-core Tegra 3 processor. Then again, it’s only $149 for the 16GB model so check it out below.

ASUS released a few teaser videos in February after announcing the slate back in January, but today it can finally be yours for a pretty fair price. As we mentioned above, the specs aren’t the best, but it’s pretty hard to beat for only $149 and 16GB of internal storage. Oh and it’s powered by Android 4.1 Jelly Bean too.

As a reminder the ASUS MeMo Pad 7 comes with a 7-inch 1026 x 600 resolution display, so not quite HD but probably looks decent given the price. Then they’ve dropped the Tegra 3 quad-core from the Nexus 7 in favor of a cheaper 1GHz single-core VIA WM8950 processor and 1GB of RAM. Certainly a few cutbacks to say the least. However, you do get a 1 megapixel front camera for video chat and they’ve also included a micro-SD slot for expandable storage.

While the specs obviously aren’t anything to write home about, it’s the price and overall package that makes it a viable option. For those that are a $50 spot shy of being able to afford Google’s own Nexus 7 made by ASUS, this model might suite your budget. More details can be found right here. It sounds decent, but who will be buying for that price? Let us know!