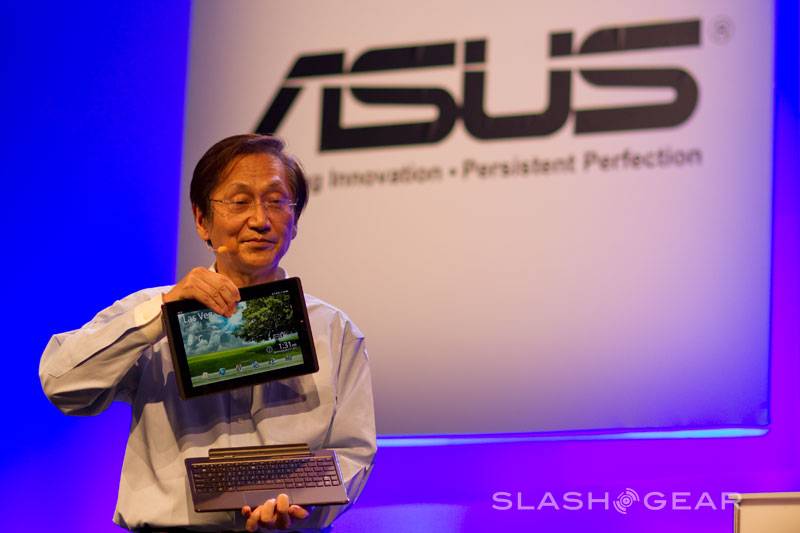 ASUS took the stage today and unveiled an array of new tablets for 2011. One of which, the Eee Pad Transformer, is the perfect option for Android fan who wants the versatility of a tablet with the functionality of a notebook.

The 10.1-inch tablet will both be fully functional as a keyboard free device, and be even further functional once it’s docked into the external keyboard. Software wise, the device will ship with MyWave, ASUS’ overlay of Android Honeycomb, that features a slick UI and is heavily focused on cloud content.

The tablet sports a NVIDIA Tegra 2 processor which makes it “twice as fast as the iPad,” all while being even thinner than the popular Apple device. You will be able to pick up the ASUS Transformer for $399-$699 once it’s made available in April 2011.