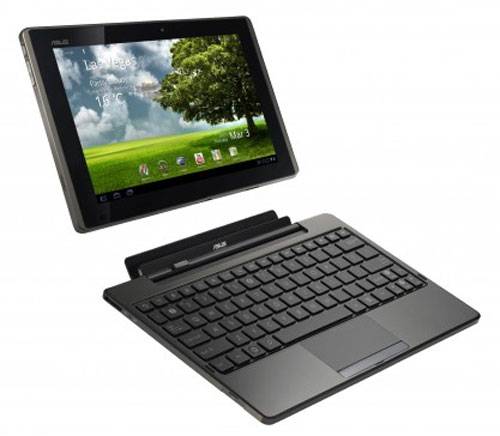 The Asus Eee Pad Transformer has proven to be a popular little tablet on the market. The Transformer is notable for its cool keyboard dock that makes for much easier typing and extends the runtime of the tablet too. Asus has one of the more popular tablets next to the iPad 2 and is looking down the line to the next version of the Transformer according to sources in Taiwan. Asus sold about 400,000 Transformer tablets in the first half of the year and will certainly sell more of the next version too.

The Taiwanese sources claim that Asus will become one of the top customers of NVIDIA and will be using the Tegra 3 chipset inside the Eee Pad Transformer 2 tablet that will run Ice Cream Sandwich. The Transformer 2 is expected to land in October or November. The same sources claim that the quad-core version of Tegra will also see duty inside a new Chromebook notebook from Asus.

Asus is expected to sell the Transformer at a breakeven price of $399 in the US. The money is expected to be made on the high margin keyboard dock that most buyers are expected to purchase. Asus has more Android offerings coming too with the Eee Pad slider with the integrated keyboard expected next month and the MeMo Pad is expected by the end of the year. The sources in Taiwan also claim that the PadFone will get Tegra 3 and IceCream Sandwich this year.