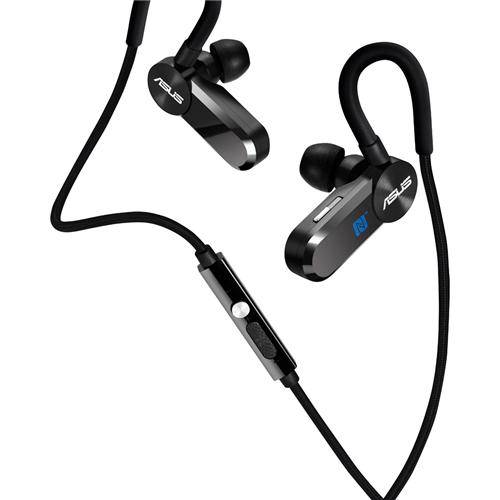 As far as audio is concerned, the EB50N boasts of a frequency response that hits just below 120 db, which ASUS claims is the perfect and maximum output performance for headsets. It also features the usual noise isolation and echo cancellation that you’d expect in such equipment these days. The in-ear buds were specifically designed for comfort even in prolonged usage, and the braided cable ensures that the headset will equally be long-lasting.

The strongest attributes of the ASUS EB50N headset, however, is it connections. It supports NFC EZ pairing with devices of up to 3 cm away. It can also pair with up to two devices at the same time without the need for switching, making it possible to listen to music from tablets or computers and yet retain the ability to take and make phone calls from a paired smartphone. It also supports the latest Bluetooth 4.0 and its low energy feature to reduce power usage when listening to music or making long phone calls. Conference calls are also made easier with the headset’s built-in three-way communication support. The video below showcases the different features of ASUS’ latest headset.

The ASUS EB50N NearField Headset is promised to last 250 hours on standby or up to 6 hours of continuous usage before needing to be charged via a micro USB cable. ASUS has not yet announced when the headset will be made available in which markets and how much it will cost.