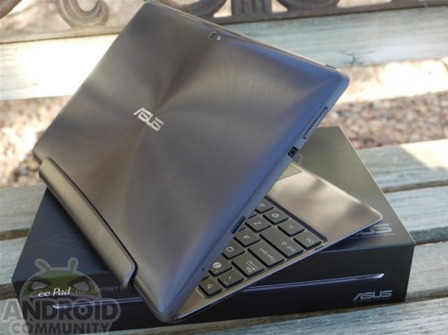 ASUS has just issued a quick and timely update stating when we will be seeing the bootloader unlock tool for their popular quad-core Transformer Prime tablet. I’m happy to announce that the official Twitter page @ASUS just tweeted the update software will be here in February — so it’s coming soon folks.

I do have one concern though. The tweet actually says the update “should” be here this February, and not that it IS coming. It also says “root tool” and not bootloader specifically. Maybe the tweeter is just confused — or leaving room for doubt and possible delays. For those unfamiliar after the tablet begin shipping and users noticed the bootloader was locked there was quickly a public outcry from developers and buyers. Locked bootloaders make it near-impossible to customize things and run tweaked software — something that is a flourishing community in Android. 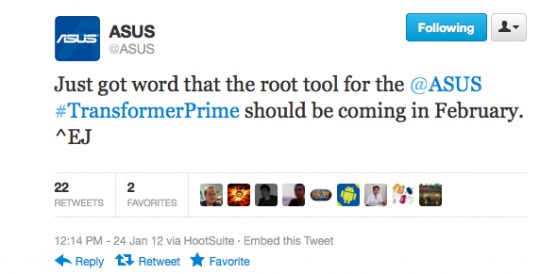 The update today is good timing because its been more than a few weeks since the initial announcement and I’m sure users have been patiently waiting for some sort of details or timeline. We are expecting an online tool similar to the route HTC took on the same subject. February will be big for ASUS as they’ll hopefully be providing both this unlock tool, and Android 4.0 Ice Cream Sandwich updates to the original Transformer.