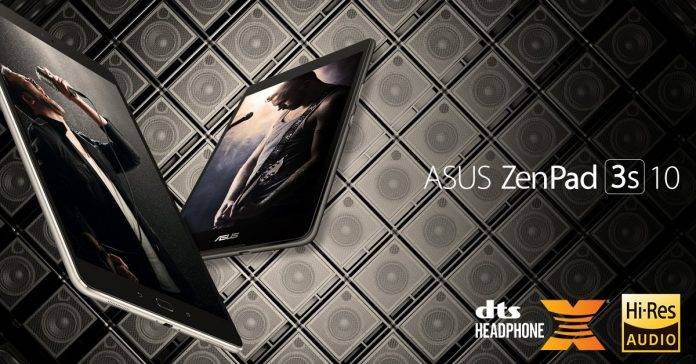 If you’re looking for a gadget gift this Christmas for a loved one that doesn’t involve a smartphone, you’d probably want to check out the ASUS ZenPad 3S 10, a super slim tablet that some say is comparable to the iPad Air, only more affordable. The OEM has announced on its Twitter account that the tablet is coming to the US this November, although the specific date wasn’t included in the tweet. It should be in the first few days since they would want to get in early on people’s Christmas shopping list.

The tablet has actually already been available in several European and Asian markets already, but this will be the first time that it will officially be in the US market. Despite its relatively affordable price tag, the ZenPad 3S 10 has a premium-looking design with its 9.7-inch IPS display with 1536 x 2048 264 psi resolution and a 5.8mm-thin aluminum body, giving it a 78% screen-to-body ratio. It will run on Android 6.0 Marshmallow but will probably be updated to Android 7.0 Nougat soon.

Inside, it’s powered by a hexa-core MediaTek MT8176 processor. It has 4GB of RAM and either a 32GB or 64GB internal storage. It has a 5900 mAh batter, a fingerprint scanner, and dual speakers with DTS HD Premium sound, making it a good multimedia device for watching your videos. It has an 8MP main camera and a 5MP front-facing one, which you should be using for video calling and not really taking photos or videos.

ASUS’ tweet highlights its Hi-Res Audio and DTS X Headphone jacks, therefore positioning it as a multimedia device. It did not indicate how much it will cost, but some retailers are putting it at around $299, which is of course way more affordable than that iPad Air you’ve been looking at.

Our ZenPad 3S will be arriving this month and will have Hi-Res Audio and DTS X Headphone jacks for quality sound. pic.twitter.com/P7LmVr1B6p