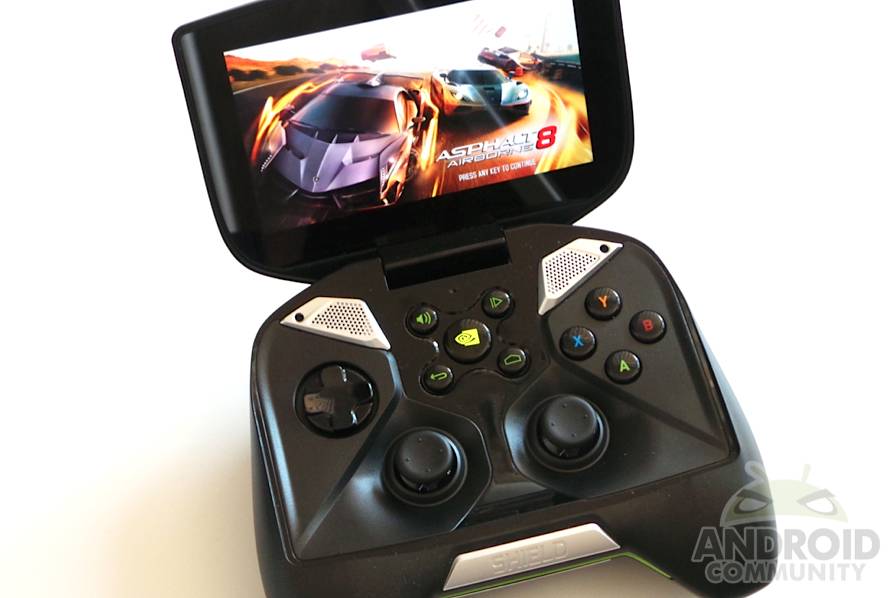 After months of waiting the folks from Gameloft have just released the 8th installment to their classic racing franchise for mobile. That being Asphalt 8: Airborne. We saw it when Google announced the Nexus 7 followed by a slight delay, and today it’s officially available for almost all Android devices. Oh, and it works amazingly well with the NVIDIA SHIELD, so we’re doing our review with that device. Check out this high flying, octane-boosting game below.

Asphalt 8 delivers on the classic style we love from their games, which is over-the-top intense racing, yet offers tons of all-new content, tricks, and gravity-defying tricks. It’ll cost you just $0.99 from Google Play which will get you 47 officially licensed and beautiful cars, 180 different racing events, 9 new exotic tracks, ghost mode, and much more.

We’ve been waiting for this game to arrive, especially since we loved Asphalt 7, and now that it’s here what better way to show it off than on the NVIDIA SHIELD. Using a Tegra 4 quad-core processor and the 5-inch HD display all on a dedicates game controller this is truly a console experience. This weekend I’ll be using SHIELD to stream it via HDMI to my 57-inch Vizio for some real console-quality gaming. Without much talking, here’s our hands-on of 8 with SHIELD. Watch to the end to see how I do!

Everything about Asphalt 8 has been improved by Gameloft. It was redesigned from the ground up to have a similar look and feel, but with an all-new engine with stunning top-quality mobile graphics. Android 4.3 enables the new Open GL ES 3.0 graphics support, but Android 4.2 here with my SHIELD was just as impressive. Gameloft added tons of real-time lighting and reflections, seriously overhauled the physics (and you’ll see how when you wreck or go Airborne) and this is the game for you adrenaline junkies.

The 47 officially licensed dream cars vary from a weak Dodge Dart RT (starting car) to the Bugatti Veyron, Lambo’s and other supercars you’ve never heard of before. There’s multiplayer, of course, and you can connect with friends on Facebook and Google+, and even race yourself with the ghost mode. You can even play against yourself and others at the same time, now that’s just neat.
(Check out the dirt on my car below) 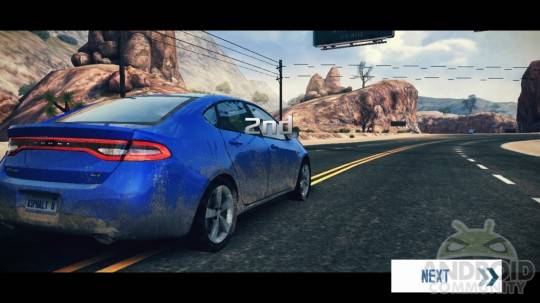 Everything is absolutely polished here. This is one of their best gaming franchises, and they didn’t hold back anywhere. Even the music is real and licensed. The Crystal Method, I heard some Queens of the Stone Age, and all sorts of other good tracks while speeding around. Not only that, but Gameloft re-recorded the supercar engine noises to make it even more immersive. Yes, they thought of it all.

So far I’ve clocked about 4 hours with Gameloft’s Asphalt 8: Airborne, and all those “gravity-defying” airborne stunts are one of my favorite parts. The new two-stage turbo or boost (NOS) mode is excellent too. This is hands down the best racing game for Android, and showcases the power of mobile graphics like none other.

Add in the fact that I’m completely enjoying this on the SHIELD, and it showcases just how awesome Android gaming truly is. Do that on your iPad folks. The game is only $1 so get it from the link below, then check out a few more screenshots just for fun. No complaints from me so far, but I’ll update after I play this game all darn weekend.