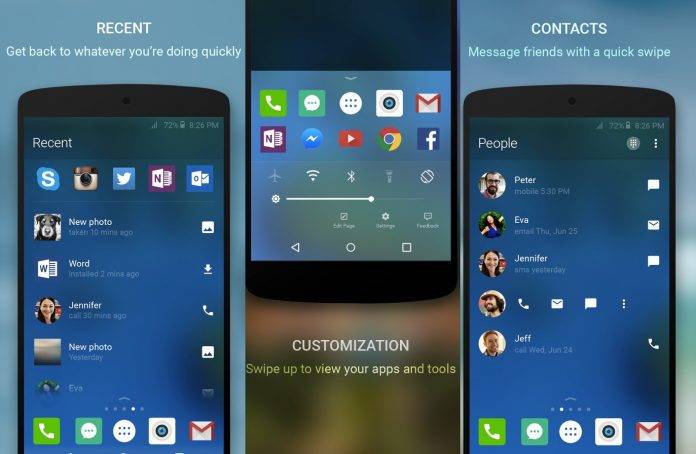 If you’ve been using Microsoft’s Arrow Launcher for your Android device then you’ve probably received their update a few weeks ago, and now you’re getting a new one again. We’re now up to version 3.8.0 and this latest one brings improvements when it comes to its News Cards, Contacts, and Calendars. You also get a few minor cosmetic changes, and the usual bug fixes and improvements. While these aren’t major changes, you still get a better user experience which is always a good thing, especially in the “crowded” launcher market.

If you get your news from your launcher, then you’ll be happy to note that the News Card on the Arrow Launcher has been redesigned with a better UI. You will also now be able to see your Outlook contacts on your People section. And in case there are duplicate entries, it will help merge them if it detects they’re basically the same. The Calendar card in the launcher has also been redesigned and finally, you’ll see your upcoming appointments (which was weird when that wasn’t available previously).

You can also now reset your Arrow settings to the default one, before you started tinkering around with everything and then realized you didn’t want the changes you made. The minor cosmetic changes include better folder spacing and layout as well. Updates usually include bug fixes as well, so expect these “unseen” improvements to take effect.

We can probably expect more updates from Microsoft as they continue to bring improvements to their various apps. For now, update your Arrow Launcher through its Google Play page.