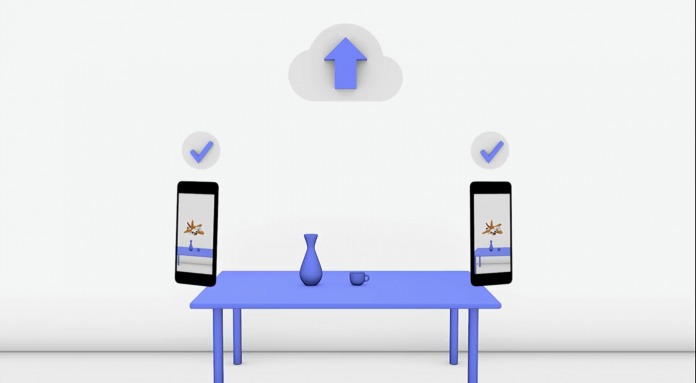 As part of all the great things being announced at Google I/O Developers Conference 2018, the search giant is showing that it is still committed to augmented reality (AR) through their (relatively) new ARCore platform. ARCore is getting a major update, and the update brings the capacity to match up users’ AR experiences in real time, in a shared virtual space. The feature is called Cloud Anchors, and it is rolling out to ARCore-enabled devices at time of writing.

Multi-user effectivity is actually one of the limitations of early AR platforms, and Google’s ARCore is not exempt from it. Matching your AR content and visual experiences in a shared virtual space was always going to be tough. But Google may have the answer with Cloud Anchors. “With Cloud Anchors, we actually allow multiple devices to generate a shared, synchronized understanding of the world so that multiple phones can see and interact with the exact same digital content in the same place at the same time,” said Google VR exec Nathan Martz onstage at I/O 2018.

Cloud Anchors allows developers for ARCore apps to connect multiple users together over the web to create multi-user AR experiences which share a synchronized space – pretty difficult to do, but Cloud Anchors apparently does it. Crucially, Cloud Anchors supports both Android and iOS, so this is a cross platform feature.

The update also includes Plane Detection for ARCore, which allows developers to attach objects more realistically to more surfaces, including textured walls. Also, a new Augmented Images feature will allow images to function as symbolic markers, allowing developers to attach or overlay content onto the image.