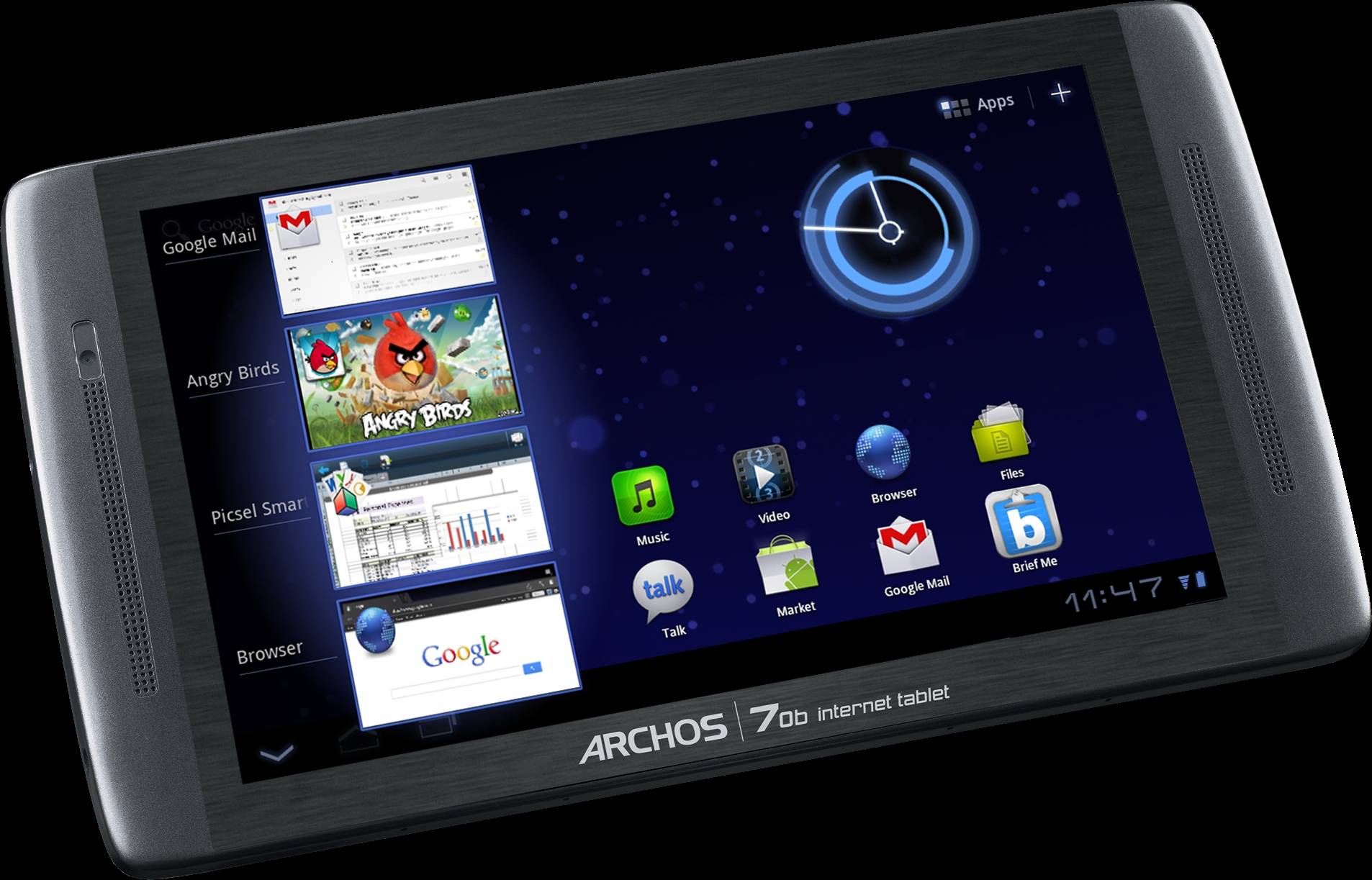 Tablets are expensive. Americans know this all too well, as many of them are still saddled with mostly unnecessary carrier contracts – see the recent DROID XYBOARD 10.1 and 8.2. That’s what makes devices like the Kindle Fire and Nook Tablet so popular. But it could be worse, yankees: over the pond in the UK, most tablets cost at least as much in pounds. Throw in a nasty conversion rate and Value Added Tax, and the £400 Galaxy Tab 7.0 Plus becomes a whopping $750 equivalent. Archos, ever ready to strike at the budget-conscious segment, is preparing its latest 7-inch tablet at a price well below the UK median.

The Archos 70b Internet Tablet will sell for just £179.99, about which works out to about $340 after taxes. Considering that tablets are primarily media consumption devices (which is a polite way of saying “toys”), a lower price is always preferable. For that price, you get a WiFi Honeycomb 3.2 tablet with a 7-inch 1024 x 600 screen, a 1.2Ghz processor and access to the Android Market and Google’s other proprietary apps. 512Mb of RAM means that it should perform much better than the older Archos 70, though that’s still a little pokey for Honeycomb. Storage space isn’t mentioned, so it will probably be available in multiple capacities. Archos’ press release did not mention an Ice Cream Sandwich upgrade, but industrious modders will probably have a version ready soon enough. The 70b Internet Tablet is not to be confused with the previous Archos 70b eReader.

There’s no news on the tablet making its way stateside just yet. Archos has a history of delays in getting its low-priced hardware out of Europe, but it usually does get here eventually. At this price for the UK version, you can probably expect a $200-250 price. That’s hard to beat as far as Honeycomb tablets go, and might be worth considering if you’re a fan of Archos’ rich media format support and generally minimal changes to Android. As an upgrade to the popular Archos 70 Froyo tablet, the 70b Internet Tablet looks promising.

UPDATE: It looks like the Archos 70b is scheduled for a US release next month at $199.99. The company’s US branch just sent out its own press release. Who called it?