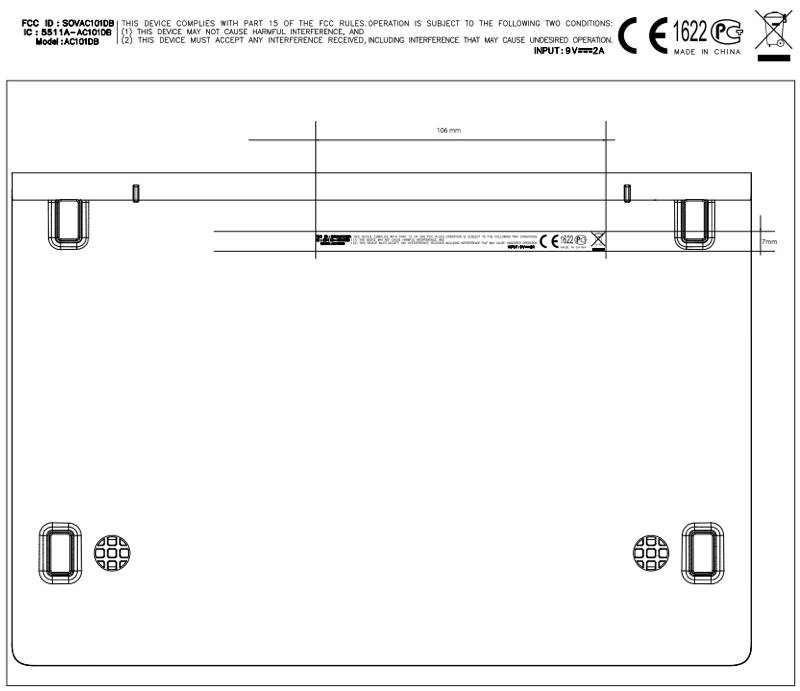 Interestingly, the ArcBook and this newly discovered Droid Book appear to have the same size display. Seems strange Archos would release two 10.1-inch notebooks with Android, but perhaps these will be offering different specs and aimed at different markets. The FCC filing for th Droid Book was rather light on the specifics.

What we can see from the filing is a model number — of AC101DB. Seems the DB at the end would fall in for Droid Book. And the 101 in the middle would be the display side, 10.1-inches. A confidentiality request letter from the filing also referred to the notebook as the Archos 101 Droid Book, which again pushes this towards having a 10.1-inch display size.

Otherwise this FCC filing just contained the basics — the label location (seen in the above image) as well as an RF Exposure and test report document. There was also a confidentially request, which covers images dealing with the test setup, external and internals of the device and the user manual. Archos is looking for a 180 days (fairly standard) from May 27, 2014. Coincidentally, the company also filed for a trademark on the term Droid Book back in early March.