Archos has not introduced any new phone in the recent months. Maybe we haven’t focused our attention on the brand but the French OEM is said to have several new devices ready to roll out. After the IFA 2017, the Mobile World Congress in Barcelona, Spain is the next biggest launching pad for the company so expect new models to be announced later this month. First in line is this Archos Core 57S which we are assuming is a mid-range offering.

Aside from showing off the Samsung Galaxy S9 components, Roland Quandt (@rquandt) has information about the device that is poised to be an affordable 18:9 fullscreen smartphone. At 99.95 euros which is roughly $125 when converted, the Archos Core 57S is good enough for your basic mobile needs. It comes equipped with a 5.7-inch IPS LCD screen, 720 x 1440 pixel resolution, 18:9 aspect ratio, 2.5D curved glass, 1GB RAM, Spreadtrum SC9838A, 16GB onboard storage, dual-SIM support, and the standard Bluetooth 4.0, WiFi, and 4G LTE connectivity options. The phone retains a 3.5mm audio jack and micro-USB. Battery capacity is small at 2500mAh while Android version running is only Nougat.

When it comes to imaging the phone includes an 8MP rear camera and a 2MP selfie cam. The phone will only be available in blue. 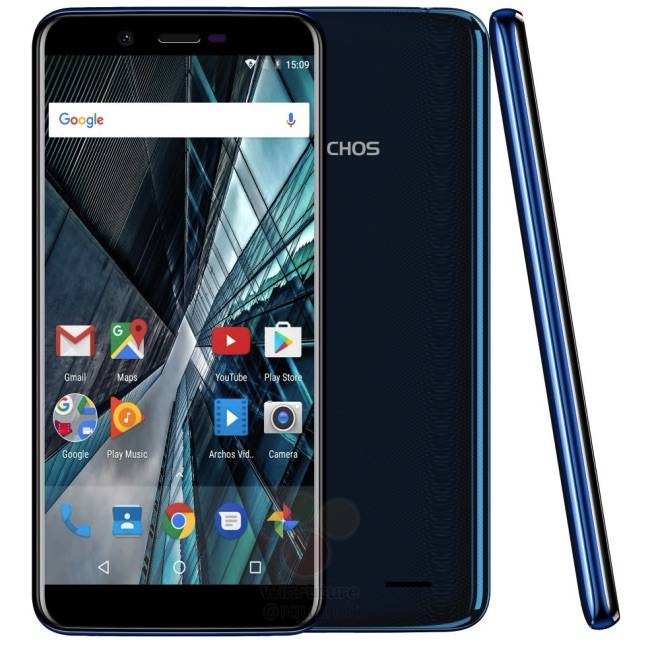