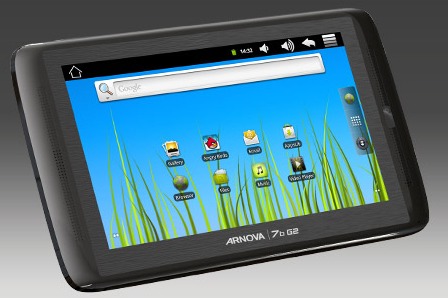 Official specifications of the Archos Arnova 7b and 10b G2 tablets have been released, and these economically savvy devices look to be decently equipped. Both tablets will ship with Android 2.3 (Gingerbread) on-board and available in 8GB and 4GB storage options. Front facing welcomes are included in both models, and they also include micro SD slots for expanding storage by up to 32GB.

Both will be powered by a 1GHz ARM Cortex-A8 single core processor; though not the most powerful tablets on the block, they should be fine running most applications smoothly. The Archos Arnova 7B G2 will last up to 8 hours and 40 minutes during video playback – 40 minutes longer on a single charge than the 10″ model. The 10B G2 will sport a TFT LCD supporting 16 million colors and a 1024×600 pixel resolution while the 7″ settles for a lower 800×480 resolution. 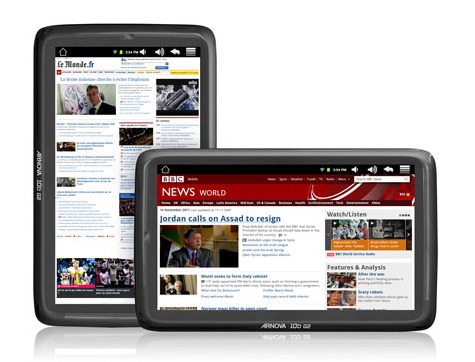 These slates will be excellent for watching movies in full HD, and have very decent specs for their low price tags. Surprising enough, you can actually choose if you would rather a capacitive or resistive touchscreen! I couldn’t imaging choosing a resistive touchscreen over capacitive, but I’m also sure there’s someone out there who would.