We haven’t heard anything from Archos the past few months since April. The last phone we featured was the Archos Saphir 50X. There’s also the ARCHOS Hello smart display and the Archos Citee Connect Android-powered scooter. The company also updated the Archos Core S series with 18:9 displays. Over at the Mobile World Congress, the Archos Core 57S was revealed. This now gets a follow-up in the form of the Archos Core 57 4G. The phone will be showcased at this week’s IFA 2018 in Berlin, Germany.

The French consumer tech company has designed the Archos Access Core 57 4G phone as another budget-friendly device with decent specs and features for only €79.99 (Europe) which is about $93 in the United States. 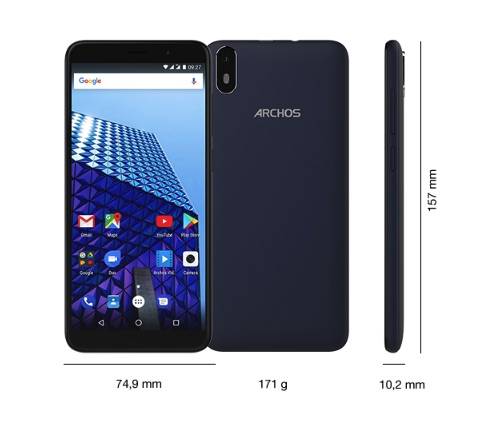 Android Oreo Go means the phone will launch with light-weight versions of some of the more popular and basic Android apps. Expect to experience enhanced storage scanning, a more fluid experience, and better data-saving features.