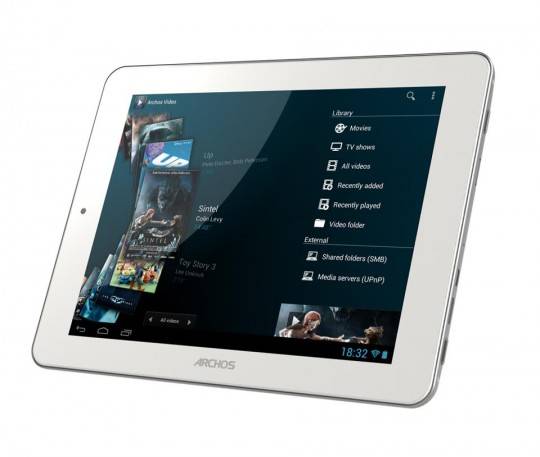 Sounds like Archos is at it again. The French company, known for selling rebranded Chinese tablets with budget prices is set to release another tablet in its Platinum line but with a slight twist. The Archos 80b Platinum will be running on a Rockchip CPU instead of an Allwinner chip like its predecessor.

Archos announced early this year its lineup of Platinum Android tablets, including the 80 Platinum. Powered by a quad-core Allwinner A31 chip running at 1.2 GHz, 2 GB of RAM, 8 GB of internal storage, and an 8.0-inch 1024×768 IPS display, the tablet isn’t exactly to die for, but for a price tag of $199, it could be just enough for the budget-constrained. Now half a year later, it looks like Archos will be giving the 80 Platinum a slight makeover, but with a slightly similar tune.

Instead of an Allwinner, the 80b Platinum will be running on a quad-core Rockchip RK3188, a Cortex A9 CPU running at 1.6 GHz, as well as a quad-core Mali 400 GPU. Sounds good, except for a strange reduction of RAM to 1 GB. The rest of the specs stay mostly the same as with the 80 Platinum, such as the 8 GB of storage, 2 megapixel rear camera, and, unfortuntely, the same 8-inch 1024×768 IPS display. At least it will be running Android 4.2 this time.

Archos hasn’t officially announced the 80b Platinum yet, so we’re not sure of the availability and pricing of the budget tablet. But for those interested, retailer J&R already has it available for online pre-orders with a similar $200 price tag.